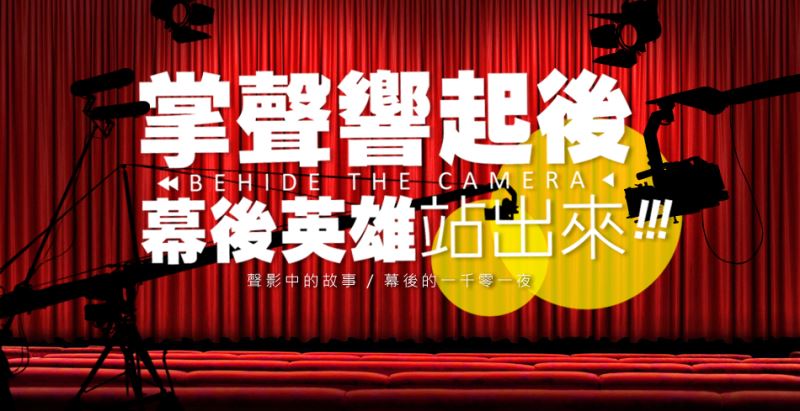 The Bureau of Audiovisual and Music Industry Development (BAMID) and the Public Television Service (PTS) have produced a television series on Taiwan's behind-the-scenes staff who work in the areas of film, television and pop music. Their true stories will be aired on a talk show and in a documentary program slated for November.

A total of 12 Taiwanese audiovisual and pop music professionals have agreed to share their career insights through "Behind the Camera,” a series of interviews and documentaries. The episodes will be aired on the regular PTS channel at 10 A.M. on Saturday starting Nov. 2 and on the PTS high-definition channel every Monday through Wednesday starting Nov. 18. The series will also be available online at http://tavis.tw/web/story/, where overseas viewers can stream each episode simultaneously as it airs locally.

The Bureau came up with the idea of asking production crews, who are always behind the scenes, to take the front stage and meet their audiences directly for the first time, said Bureau Director-General Chang Chung-jen at a press conference on Oct. 29.

Looking at a poster of himself two decades ago and comparing then with his looks now, veteran director Chu Yen-ping lamented how he had aged, but stated that "production crews are really remarkable” because it is difficult to make money in a market as small as Taiwan.

Director Muh Chen, who won the Best Music Video award with Mayday's "Cheers” at the 2013 Golden Melody Awards, pointed out that if one views a job as no more than drudgery, then the work produced would no doubt be equally dull.

Screenwriter Wu Luo-ying, the recipient of several Golden Bell Awards, said that an award-winning drama often "cannot achieve such success without the sacrifice of many people.” Screenwriters, in particular, are the souls of a production, but they are hard-pressed by reality to lose their passion for the profession, he added.

"Without the backstage crew, we cannot perform on stage,” concluded rock band Quarterback, while music producer Chung Hsing-min encouraged young people not to simply focus on the stardom of being in the spotlight, but to aspire to work backstage and really make a difference in Taiwan's entertainment industry. 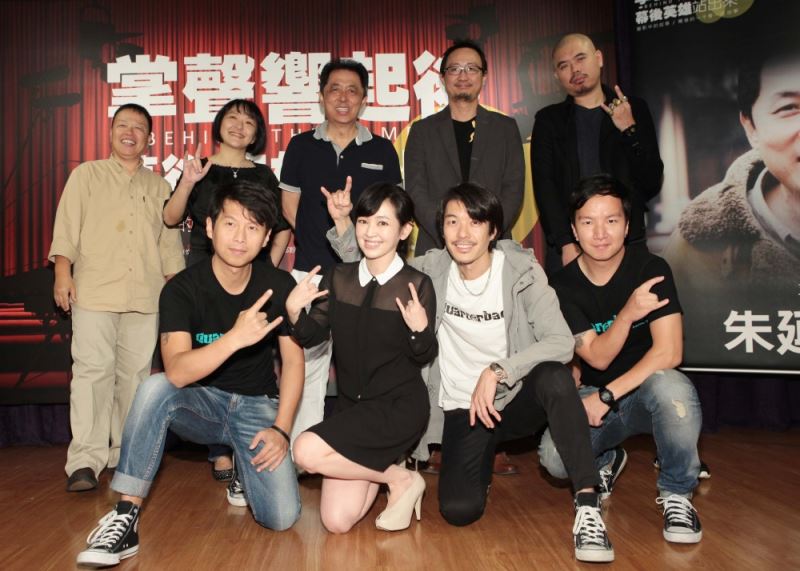