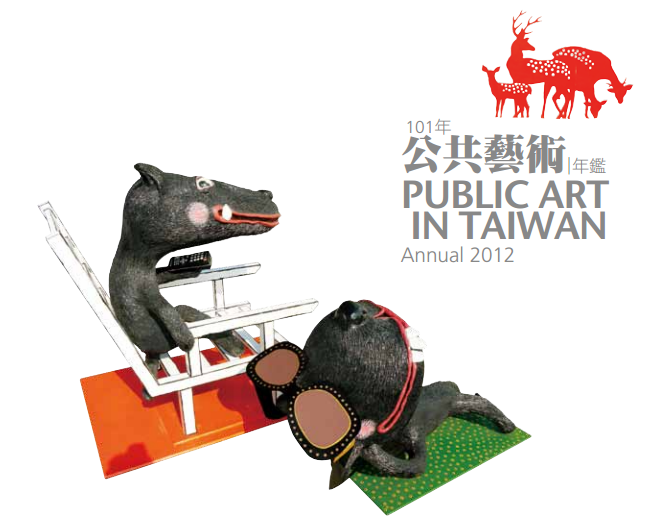 The 2012 version of "Public Art in Taiwan,” the most important public art reference book in Taiwan, was published on Oct. 29. This year's publication will include information on 173 public art projects, 308 installations and 78 educational projects, in which central and regional agencies spent more than NT$490 million (US$16.65 million) on making art more widely available to the people of Taiwan.

Nine of the projects cost over NT$10 million each, while three others installed temporary artworks with which related events were held in conjunction to solicit public participation. This indicates that public art has evolved beyond holding a permanent form, which is in line with the contemporary art trend. To reflect this change, the 2012 reference book includes for the first time the temporary public artworks and those created with the general public's participation, alongside permanent works by full-time artists.

The Public Art Award was first established seven years ago to recognize the deeds of local public art professionals. To help expand the scope of the awards, the Ministry of Culture has also included articles introducing similar public awards in Shanghai and the United States in the 2012 reference book. Several forums will also be held in November to weigh public art projects in Taiwan against those in other countries.

Download the Chinese-language "Public Art in Taiwan (2012)” from http://publicart.moc.gov.tw/ today.