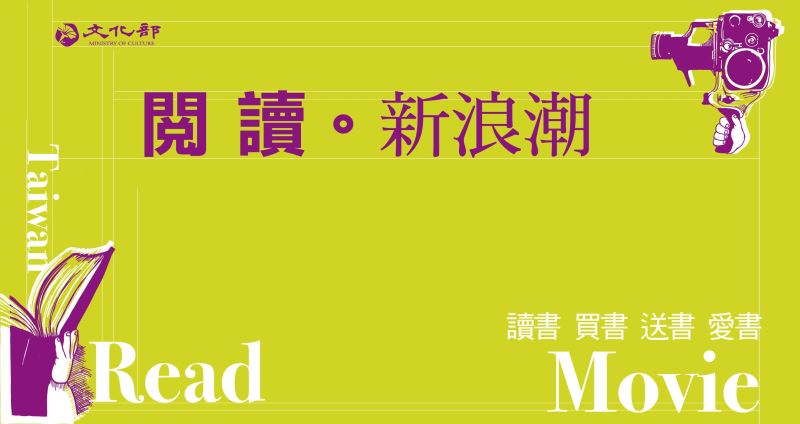 The Ministry of Culture launched the "New Wave of Reading” program last year to promote reading by inviting celebrities from different creative fields to be cultural ambassadors. After actress Brigitte Lin and director Tsai Ming-liang took up the post for the first half of 2013, the Ministry picked writer Giddens Ko, comic artist Cory (Ko Ying-mai) and award-winning actor Wilson Bo-lin Chen to help promote the program for the latter half of the year.

After Ko's stint in Kinmen on Oct. 5, Taiwanese comic artist Cory, a winner of the 2013 Golden Comic Awards, will share her reading experience in Tainan later this month.

"Writers have responsibility for their readers, so I hope people who read my comics will feel happy, warm and touched. That is what motivates me to keep working,” Cory said. The Ministry hopes Cory's energy and appeal can inspire readers' imagination and enthusiasm for reading.

One little cartoon encompasses the collective memories of an entire generation, Culture Minister Lung Ying-tai pointed out. Recently, outstanding Taiwanese cartoonists have proven their mastery of the art form by winning top awards at major comic fairs in France, Japan and Switzerland, she added.

The Minister encouraged cartoonists to insist on originality, stating "have your own sense of history, beauty and imagination; aim to be different from others” and "let people from other countries know at a glance that your works are from Taiwan.”

Cory's refreshing illustration and well-written plot style have won the hearts of many female comic fans. On Oct. 27, Cory will share with audiences "Neighborhood Story,” a comic book by Japanese manga author Ai Yazawa that inspired her to become a cartoonist, "Youth Love Romance in Peking Opera” by fellow Taiwanese illustrator Lin Shu-yu, as well as her own debut comic book.

The events are scheduled to take place at the National Tainan Living Art Center on Oct. 27 and at Hsinchu County Performance Hall on Nov. 3. Online registration for attendance is open at readingwave.moc.gov.tw. The first 100 people registered for each event will receive the first volume of Cory's award-winning series entitled "Make a Wish, Da Xi.”