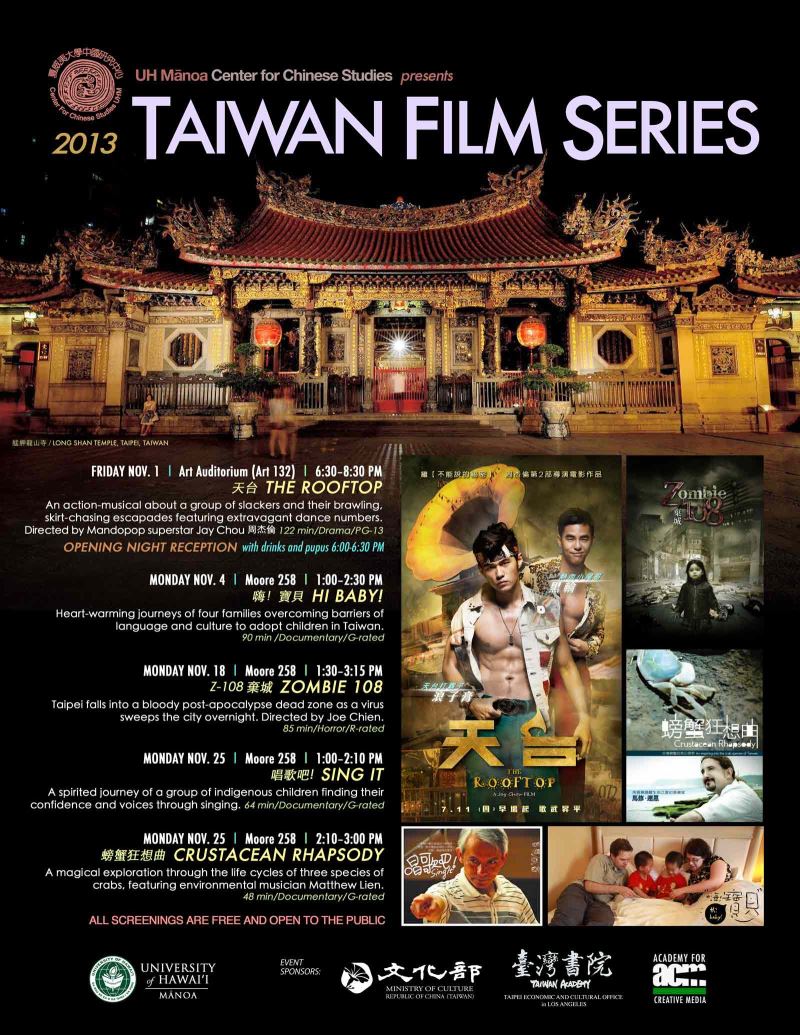 The Ministry of Culture and the University of Hawaii at Manoa have partnered up to bring Taiwanese films to the Polynesian islands. Starting this November, five flicks will be aired on the university campus while admission is free to all members of the public.

The 2013 Taiwan Film Series will kick off on Nov. 1 with an action-musical directed by Taiwan's very own mega popstar, Jay Chou. "The Rooftop” will take the audience on a 122-minute ride full of brawling slackers, skirt-chasing escapades and extravagant dance numbers.

"Hi Baby!” will debut in Hawaii on Nov. 4, where it will be sure to warm the hearts of all viewers with its tale of four families struggling to adopt children fromTaiwan.

Nov. 18 will celebrate the spirit of the undead with "Zombie 108,” Taiwan's first-ever post-apocalyptical story about infected mobs overrunning Taipei.

Nov. 25 will revert back to happier tones with the true story of "Sing It” and its lead character, a music-illiterate elementary school principal seeking to establish a student choir.

Also showing on Nov. 25 will be "Crustacean Rhapsody,” a documentary that hopes to raise awareness for the plight of Taiwan's diverse collection of crabs.

For more information on the University of Hawaii's Taiwan Film Series, which was made possible by the support of the Taiwan Academy in Los Angeles and the Academy for Creative Media, visit the event website hereor download the flyer from below.