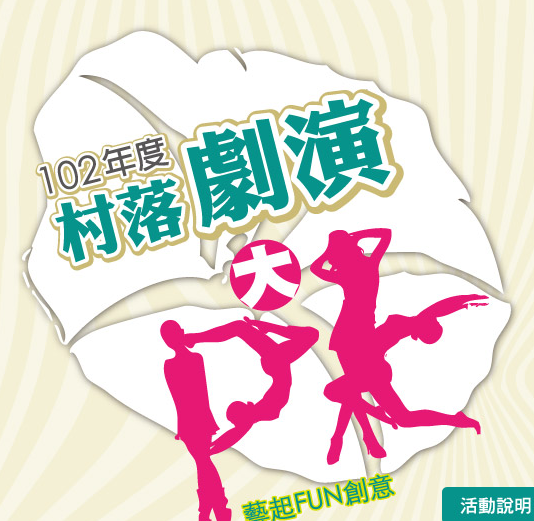 The shortlist for a community theater contest, which is being held as part of a nationwide community empowerment program to promote theatrical events in local communities throughout Taiwan, will be announced in late October.

The 12 outstanding performing groups, which will be chosen from the 37 teams who made it through the first round of competition, will be announced on Oct. 21. The finalists will then compete in an outdoor competition at the National Dr. Sun Yat-sen Memorial Hall on Nov. 30.

"Performing in local community theaters requires long-term management and ongoing activities, thus residents find a source of stability and are brought closer together,” said Chen Kuan-fu, head of the Ministry of Culture's Department of Cultural Resources.

The shortlist will be posted on the event website (www.102dramapk.com.tw) and the top winner will receive a cash prize of up to NT$500,000 (US$ 17,010) to fund a performance tour around the country.