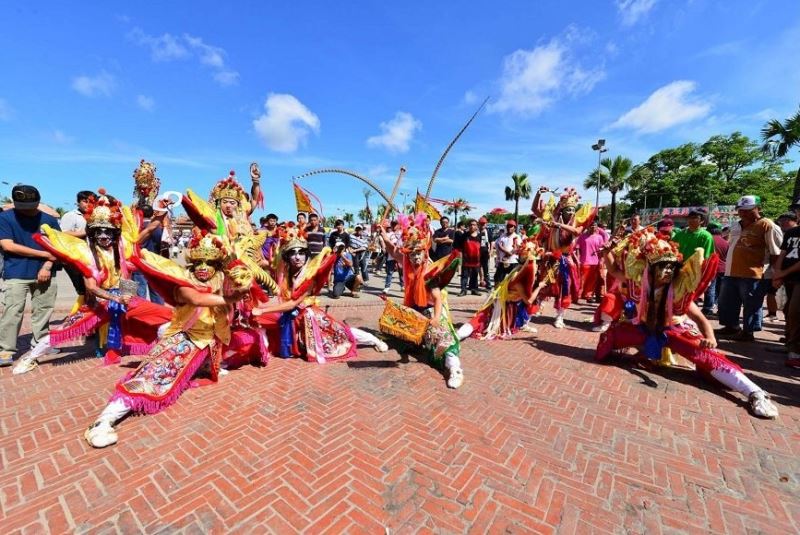 The Ministry of Culture has designated four events as national folk heritage celebrations for 2013. They are the reception for the City God in Kinmen, the paSta'ay festival of the Saisiyat aboriginal tribe, the Siraya people's night ceremony in Kabua-Sua Village in Tainan County, and the pilgrimage to Nankunshen Temple in Tainan.

The Kinmen event, held on the 12th day of the fourth lunar month every year, is the first nationally-recognized folk event from Taiwan's offshore islands. It is the biggest and most popular folk activity in the Kinmen area; many area natives residing far away from home return to participate. The procession following the City God includes various parade formations performed by local volunteers.

The Saisiyat festival takes place biennially, and on a larger scale, once every decade. The ritual usually kicks off in the Saisiyat community in Miaoli County's Nanzhuang, followed by the community in Hsinchu County's Wufeng, around the 15th day of the tenth lunar month. Running for several days, the festival is a unique and well-preserved aboriginal ritual. As a major celebration that expresses the Saisiyat people's values and displays the tribe's culture, its music, dance and costumes all have special cultural meanings.

Kabua-Sua Village's night festival ceremony takes place on the 4th and 5th days of the ninth lunar month every year. On a day as important to participants as the Lunar New Year, the Siraya indigenous people who have left their village return for the event and worship the principal goddess Arit. The night worship ceremony focuses on sacrificing a pig and chanting to honor the goddess. The celebration preserves tradition and engenders respect for the culture and religion of the Siraya people.

The historic Nankunshen Temple is a major temple whose devotees worship the Royal Lords (Wangye). The annual pilgrimage to the temple is the largest of the Royal Lords cult in Taiwan and attracts the most pilgrims. Groups from around Taiwan travel to the temple to participate in its four major pilgrimage events each year, encompassing diverse parade formations and performances.

The Ministry designates important folk customs and cultural heritage events based on the Cultural Heritage Preservation Act, and helps interested groups preserve, document, pass down and promote cultural heritage. In addition to this direct support from the government, the Ministry hopes to also incorporate the voluntary efforts and resources of the private sector to secure Taiwan's folk heritage for future generations.