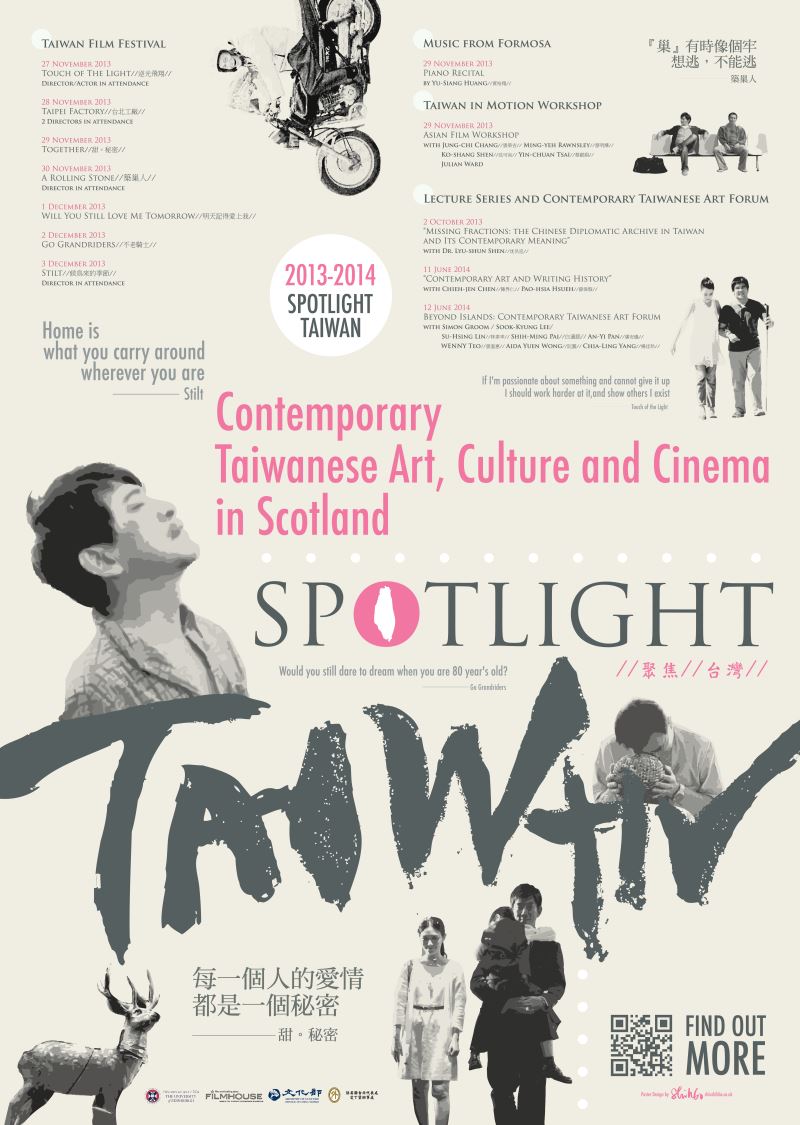 The University of Edinburgh will help promote Taiwanese art and culture by taking part in an eight-month project called Spotlight Taiwan, the Ministry of Culture said on Oct. 1.

This is the second European academic institute to have signed a Memorandum of Understanding with the Ministry in regards to the Spotlight Taiwan project. The University of London's School of Oriental and African Studies formally agreed to participate earlier this year.

Starting this October, the Ministry will organize a series of cultural events on Taiwan's art and cultural affairs, including a film festival, a film workshop, a musical recital, a lecture series and an art forum in Scotland.

Shen Lyu-shun, Taiwan's representative in the U.K., will be the first speaker in the lecture series. He is scheduled to deliver a speech titled "Missing Fractions: the Chinese Diplomatic Archive in Taiwan and Its Contemporary Meaning” on Oct. 2.

From Nov. 27 through Dec. 3, a week-long Taiwan Film Festival will screen seven Taiwanese movies at the Edinburgh Filmhouse. The opening film is "Touch of Light,” followed by "Taipei Factory,” "Together,” "A Rolling Stone,” "Will You Still Love Me Tomorrow,” "Go Grandriders,” and "Stilt.”

Director Chang Jung-chi of "Touch of Light,” Tsai Yin-chuan of "Stilt” and Shen Ko-shang of "A Rolling Stone” will share their experiences in cinema production at the "Taiwan in Motion Workshop” in Edinburgh. The workshop will also feature U.K.-based Taiwanese scholar Dr. Ming-yeh T. Rawnsley, who will present a speech on the influences of culture and democratization on Taiwanese cinema.

A special program in the Taiwan Spotlight series of events will be a piano recital by Huang Yu-hsiang, a visual-impaired pianist who starred in the film "Touch of Light.” He will play several classic pieces by Beethoven, Chopin and Bach at Reid Concert Hall on Nov. 29.

Taiwanese artists Chen Chieh-jen and Hsueh Pao-sia will talk about contemporary art and writing history and the essence of Asian abstract painting, respectively, in June 2014.

The entire project will run for more than six months with the aim of introducing the different facets of Taiwan to the Scottish capital of Edinburgh, a city steeped in international culture and art.