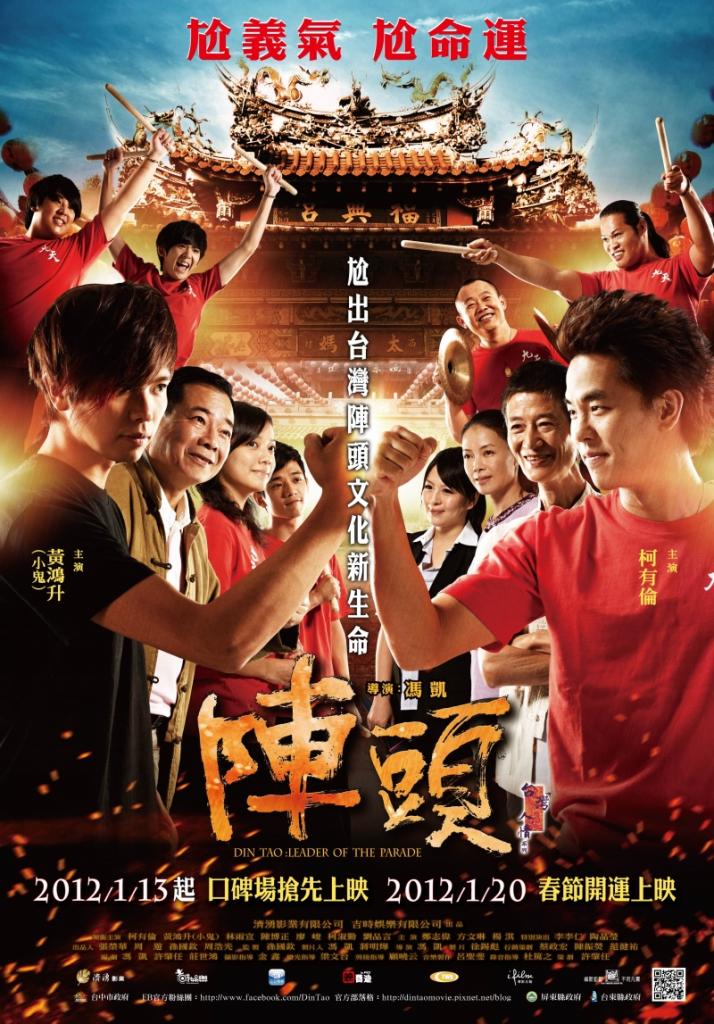 The Ministry of Culture's Taiwan Academy in Houston is co-organizing a Taiwan Film Festival with Trinity University at its campus in San Antonio, Texas. Three films - "Din Tao: Leader of the Parade,” "Tropical Fish” and "Pick the Youth” are scheduled to be screened on Sept. 16, 23 and 30, respectively.

"Din Tao: Leader of the Parade” (陣頭) was adapted from the real story of the Cho Tian Folk Drums and Arts Troupe in Taichung City. Containing hilarious characters and much humor, the film leads the audience to ponder on traditions and innovation in culture.

"Tropical Fish” (熱帶魚) portrays the kindness, pettiness, triteness and passion of the common people in Taiwan with dark humor. The film, which won the Silver Leopard Award at the LocarnoInternationalFilm Festival in Switzerland, contains indirect criticism of some unreasonable social phenomena in Taiwan.

Using love for music as the movie's premise, "Pick the Youth” (皮克青春) depicts the conflict between two generations in a family without focusing on accusation and complaints. Forgiveness and understanding, instead, is the core of this coming-of-age film.

After the screenings, college students who are enrolled in the Taiwan culture and literature course will write papers on the films and hold class discussions on such issues as the cinematography of Taiwan's New Wave Cinema era and the cultural and social premises that've provided the backdrop for these movies.

The 5th Annual Taiwan Film Festival is sponsored by the East Asian Studies at Trinity University (EAST), the local Chinese Culture Club and the Taiwan Academy in Houston. More information on the event can be found here.