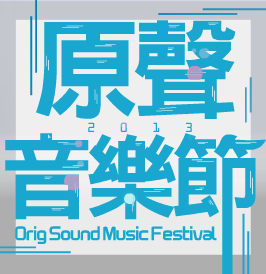 Music lovers in eastern Taiwan can look forward to a strong lineup of original music shows when the 2013 OrigSound Music Festival kicks off in Hualien on Sept. 14.

A total of 21 original music singers and bands from Taiwan and abroad will participate in the event, which is organized bythe Ministry of Culture this year.

Now in its fourth year, the festival aims to promote local original music and to introduce more international music to residents in eastern Taiwan.

The festival will run until Sept. 22 at the Hualien Cultural and Creative Industries Park and will also include exhibitions, lectures and a creative market selling food and arts and crafts.