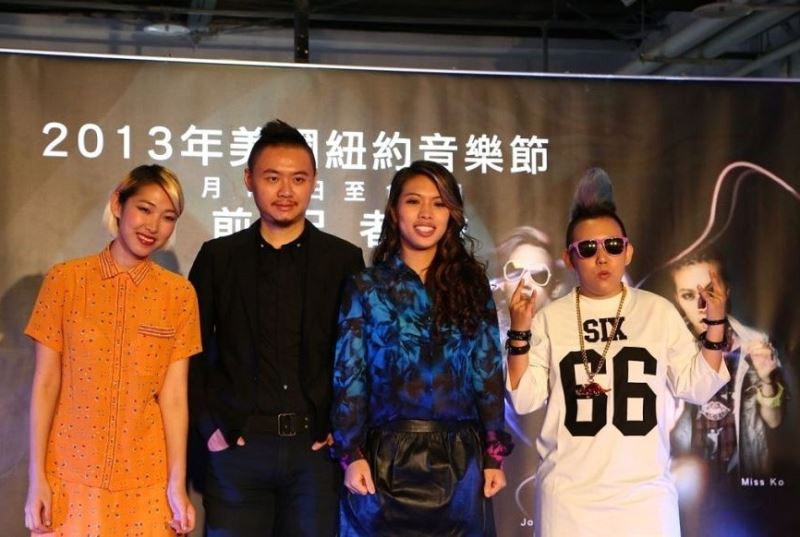 An all-female trio from Taiwan is set to stir up a fever at this year's CMJ Music Marathon, one of the largest music events in New York City.

The two-hour concert, which will take place at Webster Hall, is jointly organized by New York-based GCA Entertainment and Taiwan's Ministry of Culture.

'I'm very excited to perform at one of the birthplaces of DJ-ing,' DJ Noodles said at a press conference announcing Taiwan's participation in the event. 'I will surprise everyone.'

Ko, who was born and raised in New York, also said she is thrilled to perform back home.

The 27-year-old won the Best New Artist award at Taiwan's Golden Melody Awards in July, in which judges called her debut album "Knock Out” the best Chinese-language hip-hop music yet.

One of Taiwan's top fashion designers, Johan Ku, will be making the stage costumes for Ko's performance in New York.

The 2013 CMJ Music Marathon will feature over 1,400 live performances in more than 80 nightclubs and theaters across New York from Oct. 15 through 19.

The event will also include conferences and seminars on topics including music copyright and distribution, independent labels, music videos and songwriting.