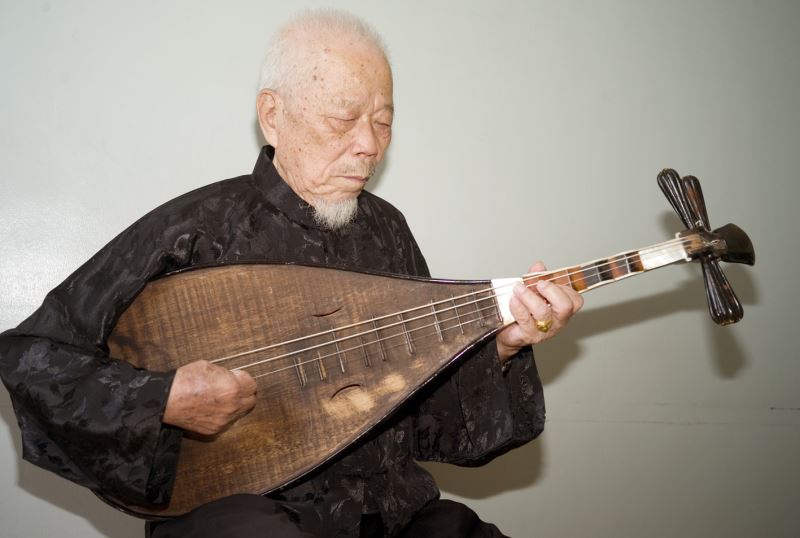 Musician Zhang Hongming (張鴻明), an important figure in the nanguan music scene who was regarded as a 'national treasure' of Taiwan, passed away at the age of 94.

Zhang, who was designated by the Ministry of Culture as a 'preserver' of the traditional art of nanguan music in 2010, died of colorectal cancer in the southern Taiwanese city of Tainan on July 26.

Born in 1919 in Fujian, Zhang received training in nanguan music in the Chinese province since his childhood. He moved to Taiwan in the 1940s and served at the Tainan air base until his retirement in 1971.

After his retirement, Zhang served as a top educator at Tainan Nansheng She Ensemble for over 30 years, performing in countries including South Korea, Japan, France, Germany and Belgium. He was skilled at playing various instruments, including pipa and erxian.

In a statement released on the eveof Zhang's death, Stanley Wang, director of the Ministry of Culture's Bureau of Cultural Heritage, emphasized the importance of preserving nanguan music and said theBureau will continue to document the lives and works of nanguan artists in Taiwan.