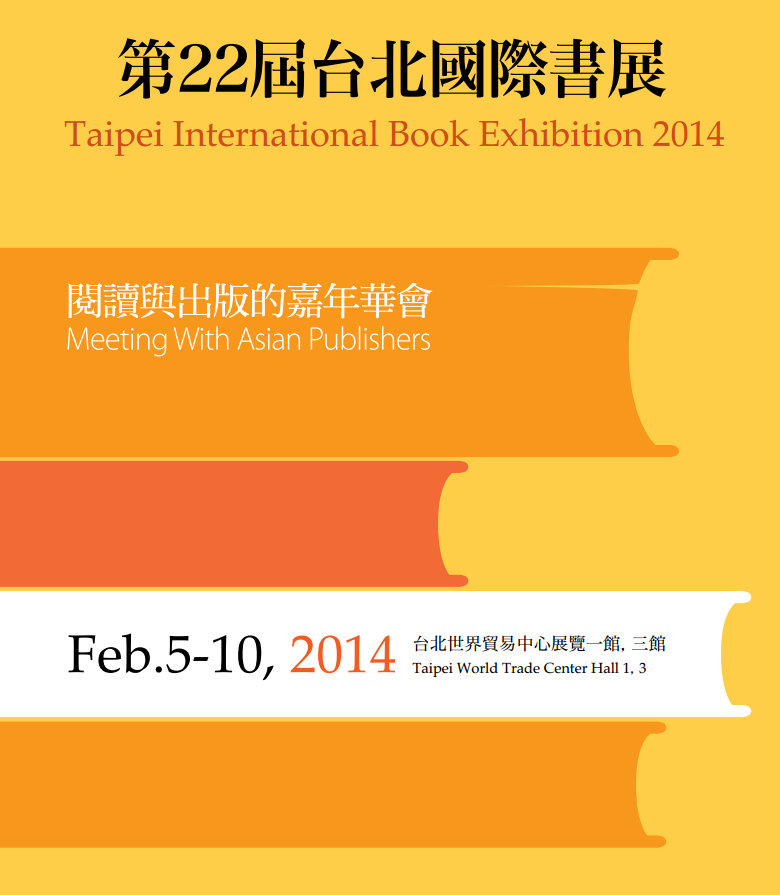 The Taipei International Book Exhibition, one of Asia's largest book fairs, will promote 'good living' as its central theme next year, according to the Taipei Book Fair Foundation.

The organizers will invite various countries, including France, Italy and Spain, to set up audiovisual exhibitions and display their publications on topics such as travel, cooking and healthy living that promote a better quality of life.

Music, food and cultural events will also be organized to drive home the theme at the fair, which will run from Feb. 5 through 10 in 2014.

"A Book Meets Film” forum, which aims to bring foreign and domestic film directors and producers together with Taiwanese publishers and writers, will also be featured at the 2014 show, added Huang Pao-ping, director of the foundation.

The forum, which was first established in 2012, will be expanded to include several new fields, including video games, music and theater.

In addition, the Taipei fair will hold forums on publishing and workshops that allow Taiwanese publishers to interact more closely with their international counterparts.

'We hope to turn the Taipei International Book Exhibition into a center for the exchange of professional publishing knowledge,' said Doris Wang, chairwoman of the foundation.