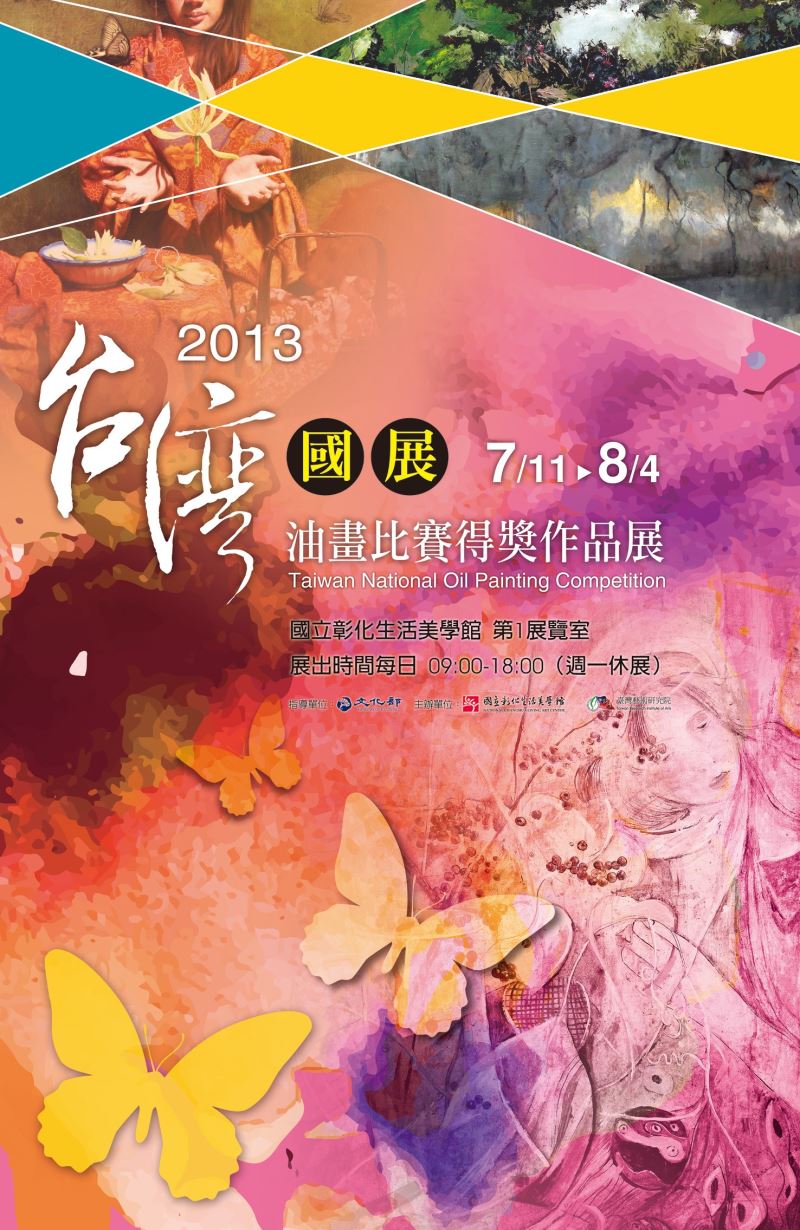 The awards ceremony for the 2013 National Oil Painting Competition was held at the National Changhua Living Art Center, a subordinate agency of the Ministry of Culture, on July 21.

Former Premier Frank Hsieh presented the top three awards in conjunction with several cultural officials, including Liu Hsuan-jung, the center's director, and Lin Fu-nan, director of the Taiwan Research Institute of Arts that organizes the competition.

Beauty should be something that is universal, commonplace and evocative of resonance, said Hsieh in his speech before presenting the awards. The purpose of the competition is to showcase Taiwan's cultural strength and local characteristics through artists, and to interact with the world through cultural resonance in this era of globalization, he added.

According to the Taiwan Research Institute of Arts, the competition's themes revolve around the beauty of Taiwan's people, events, objects and scenery.

An exhibition will also be held to display 45 winning works, including the first-prize winner Yeh Tien-sheng's "Taiwan Yulan,” the second-prize winner Chuang Te-cheng's "Spittle” and the third-prize winner Chen Miao-ling's "Scent of the Sweet Osmanthus.”

The idea behind Yeh's painting is akin to finding the light at the end of each tunnel, that life always becomes more beautiful after overcoming obstacles. Yeh painted Yulan flowers to symbolize the perseverance, stamina and industriousness of the Taiwanese people.

The organizer said the competition offers the highest prize money and best awards in Taiwan's oil painting contests, with the first-prize winner being given NT$300,000 (US$10,030), a diamond watch worth NT$120,000, a citation, a certificate of collection and the "Taiwan Artist Certificate.”

The exhibition of the winning paintings will be held at the Changhua Living Art Center from July 21 till Aug. 4.