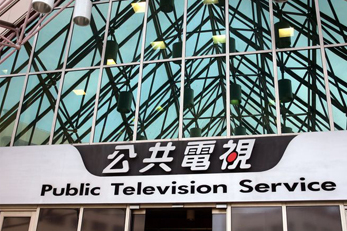 To address the issue of the dysfunctional Public Television Service (PTS) board, which has not been able to convene for more than a year due to problems filling its board seats, the Ministry of Culture has nominated four more prominent individuals from the education, technology and telecommunication sectors.

Since 2012, the review committee has failed four times to reach a consensus regarding PTS board nominees. As stipulated by the Public Television Act (公視法), the PTS board of directors must consist of 17 to 21 members, but only 13 candidates have been approved so far.

Minister of Culture Lung Ying-tai stressed that the formation of a PTS board is to safeguard the common interests of civil society, and renewed her call for mutual trust and consensus among the review committee members.

Among the four nominees, Acer's Shih is a well-known figure from the technology sector whom the Ministry hopes will help lead the nation's broadcasting industry into the era of digital convergence.

Tseng, a former minister of education and former vice president of the Academia Sinica, has an excellent track record in national education, said the Ministry. Aside from lobbying for the allocation of more educational resources to remote regions, Tseng has also launched a reading initiative for children.

Shao has proven himself to be a talented liaison amongst the private and public sectors, the Ministry pointed out, adding that it was the 75-year-old politician who recruited choreographer Lin Hwa-min and poet Yu Kwang-chung to help establish the nation's first public television system.

Rounding up the four nominees is Yao, one of the instrumental figures in the establishment of the DaAi TV network, whose professional insight will be of great help to the PTS, concluded the Ministry.

A press conference will be held on June 20 at the Ministry of Culture to introduce the four nominees to the public. The 40-minute event will kick off at 12:30 PM. For more information, please contact the Ministry's public relations office at (02) 2343-4100. Established in 1998, the Public Television Service (PTS) claims complete independence and zero interference from the government.