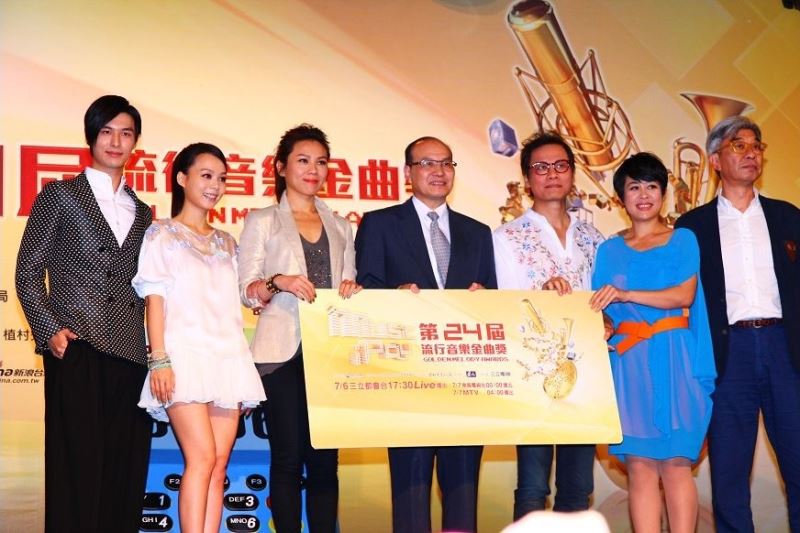 The Bureau of Audiovisual and Music Industry Development announced the nominees for the pop music categories of the 24th Golden Melody Awards on Wednesday.

A panel of 80 judges nominated 115 musical works for the 24 pop music categories. A total of 10,209 pieces from 418 different albums were submitted for review this year.

Warner Music Taipei and Rock Records led with nine nominations - the most among 171 competing units - while the album "Gaia” by singer Sandy Lam garnered six nominations.

In terms of musical styles and genres, all the nominees sport the versatility, vibrancy and vitality of Taiwan's pop music scene, said the judge panel.

This year's Special Contribution Award will go to the late singer Fong Fei-fei, whose musical legacy surpasses the barriers of age, gender and ethnicity, while the Jury Award will go to O-Kai Singers, an a cappella group that performs in a fusion of indigenous languages.

Six music videos out of the 499 submitted were nominated for the Best Music Video Award. All nominated works reflect directorial originality and the courage to continuously test one's limits, said the judge panel.

For the Best Album Design Award, five albums were selected from 278 submissions for their unique and creative designs and refined packaging and printing.

The Bureau also unveiled the theme of the 24th Golden Melody Awards at the Wednesday press conference, which was attended by the likes of music executive Lou Dayou, Singaporean singer-songwriter Tanya Chua and Mando-pop artist Yen-j.

Called "Music iPay,” the theme of the 24th Golden Melody Awards is aimed at encouraging the public to pay for music in the era of digital information and technology.

The awards ceremony will take place at the Taipei Arena at 7 PMon July 6. The 29-hour event will be broadcasted by three television stations in rotation and streamed live on YouTube. The theme of the 24th Golden Melody Awards – "Music iPay" – is aimed at encouraging the public to pay for music in the era of digital information and technology.