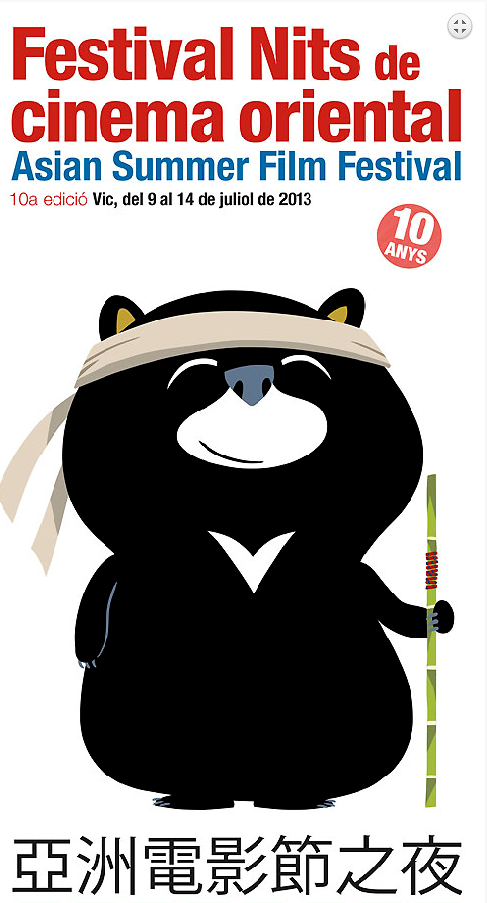 Javier Ching-shan Hou, representative of the Office for the Economic and Cultural Promotion of Taipei in Spain, announced on May 9 that Taiwan will be the theme of the 2013 Asian Summer Film Festival, which will take place from July 9 to 14 in the Spanish city of Vic.

During the six-day event, visitors to the festival will not only receive the chance to watch 15 renowned Taiwanese movies, but also have the opportunity to sample quality Taiwanese delicacies and take part in some interactive events.

Taiwan won the honor due to a popular vote by last year's film festival audiences. Over the past years, Japan, Thailand, Vietnam and Hong Kong had each been selected as the theme of the film festival, according to the organizers.

Joan López, an official from the Vic city government, and Quim Crusellas, head of the summer film festival, attended the Spanish press conference to inaugurate the annual festival, which is now in its 10th year.

On behalf of the Asian Summer Film Festival, Crusellas expressed his appreciation of the support from the local governments of Vic and Cataluna, as well as Taiwan's Ministry of Culture and the Office for the Economic and Cultural Promotion of Taipei in Spain.

Last year, the Taiwanese movie "Starry Starry Night” was the most popular film at the festival, according to representative Hou. The 2011 fantasy drama, which was based on an illustrated novel by Taiwanese author Jimmy Liao, was directed by Taiwanese filmmaker Tom Lin and featured mainland Chinese actress Xu Jiao and Taiwanese actor Lin Hui-min.