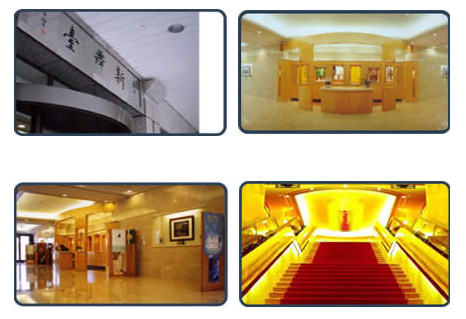 In response to public concerns that the Novel Hall for Performing Arts could be permanently closed down because of the transfer of property rights, the Ministry of Culture invited the Cultural Heritage Committee to examine the facility on Monday morning.

After deliberation, the committee members concluded that the Novel Hall retains "historical, cultural and artistic values” as stipulated by the Cultural Heritage Preservation Act, and expressed the hope that the facility's historical and cultural values could be evaluated from the perspective of cultural heritage.

With the committee's review as supporting evidence, the Ministry then sent a notice to the Taipei City Government requesting for the re-evaluation of the cultural heritage status of the Novel Hall.

Koo Hsien-jung (1866-1937), founder of the Koos Group conglomerate, acquired the Tamshui Drama Club near the Taipei Railway Station from its Japanese owner in 1916. Koo renamed the drama club "Novel Hall” to support innovation in local art and cultural performances.

Eight decades later, the Koos Group's Chinatrust CommercialBank (CTCB)unveiled plans for a new theater inside its Taipei headquarters. Construction was completed in 1997 and the theater adopted the name "Novel Hall” - a tribute to its founder's patronage of the arts. The facility on Songshou Road has nearly 1,000 seats and is now a major performance venue in Greater Taipei.

Although it is a privately operated theater, both the public and private sector have given much support to the CTCBand the venue since the construction of the CTCB's Taipei headquarters, said Culture Minister Lung Ying-tai.

For example, the Ministry gave NT$20 million (US$669,800) to subsidize the hall's renovations last year; therefore, it is clear that the Novel Hall is also a public cultural asset, she added.

The Ministry will be holding coordination meetings with related parties such as the Financial Supervisory Commission, the Taipei City Department of Urban Planning and Department of Cultureand the CTCBto discuss ways to keep the door of the Novel Hall open.