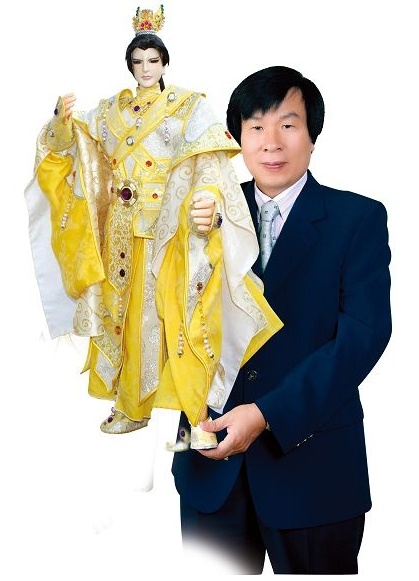 Liao and his troupe performed at the W. M. Keck Foundation Children's Amphitheater in the Walt Disney Concert Hall, an architectural masterpiece designed by Frank Gehry for the Los Angeles-based Music Center, one of the world's premier performing art destinations.

The two classic Chinese tales selected for the foreign audience were "A Journey to the West” and "The Brave Swordsman,” both of which were well received thanks to Liao's own improvisations.

By using large-sized glove puppets that are half of their wielder's height, Liao has managed to transfer intimate Taiwanese puppetry shows onto the grand stage. Moreover, his sheer dexterity and ability to voice over 20 different characters has cemented the Yunlin native as the nation's top master puppeteer.

Established in 1976, the Liao Wen Ho Puppet Theatre has extensive performance experience, having toured Belgium, Germany, Luxembourg, Switzerland, the Netherlands, South Korea, Canada and the United States in the past.

The two performances at The Music Center were arranged by the Los Angeles branch of the Taiwan Academy, an overseas cultural exchange program maintained by the Ministry of Culture. Liao and his troupe are scheduled to perform next in New York on May 19 at the Kupferberg Center for the Performing Arts.