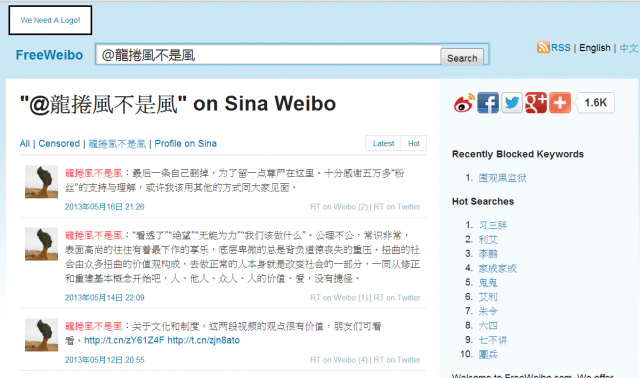 Taiwan's Culture Minister Lung Ying-tai has denied that she had a microblog account on a Chinese website, after media reported that she used that account to broadcast public issues in China.

'The Minister has never registered or owned any microblog account, and has never authorized any individual or group to make remarks via microblogging on her behalf,' the Ministry of Culture stated.

The statement was issued in response to a recent Hong Kong media report that Lung's Sina Weibo account was shut down after two messages regarding the Cultural Revolution and the 1989 Tiananmen Square massacre were posted.

The report also said Lung was unhappy with the forced closure of the account and that she lashed out at the Chinese government by saying that 'the more powerful it is, the more sudden its collapse would be.'

Netizens in China left numerous comments on the post, such as 'Minister Lung's pen is mightier than a People's Liberation Army unit.'

The microblog account at issue was activated on Oct. 22 last year, when it posted its first message. It had been broadcasting and commenting on public issues in China for more than half ayearand had more than 55,000 followers.

According to Hong Kong media, the Weibo account was nicknamed 'Tornado is Not a Type of Wind,'tagged the owner as being in Taipei, and included a blurb saying 'there is no need to guess who I really am.'