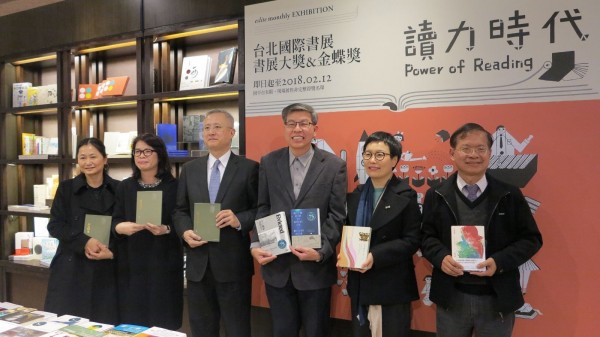 Winners of the 2018 Taipei International Book Exhibition Prize, an honor given to outstanding original books and editors from Taiwan, were announced on Jan. 8.

This year, the TIBE Book Prize received a total of 551 submissions, 101 of which were in the fiction category, 209 in non-fiction, 102 in self-publishing/editing, and 58 in traditional publishing/editing.

The submissions point to more young writers participating in fiction writing. The editing prizes, which were only added last year, also demonstrate the endless possibilities waiting to be discovered in Taiwan's publishing industry.

The winning authors and editors will each receive a cash prize of NT$100,000 and a trophy at the opening ceremony of the 26th Taipei International Book Exhibition on Feb. 6.

The finalists and shortlisted books will be promoted through the "City is Reading” fringe series and "Books on the Move” truck-based flash mobs that will take place in Taipei, New Taipei City, and Keelung.

Additional award-winning TIBE sections, along with winning books of the 14th Golden Butterfly Award, will be curated by Eslite Bookstore for its branches in Taipei, Taichung, and Kaohsiung from Jan. 15 through Feb. 12.