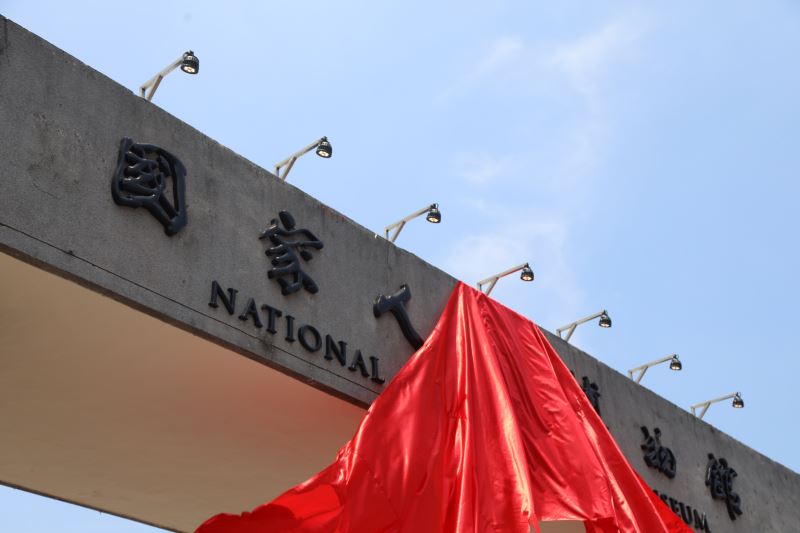 The National Human Rights Museum Organization Act passed its third reading in December 2017 and, with a presidential announcement, was formally enacted on March 15 this year. May 18 ― International Museum Day ― was then chosen for the opening ceremony. Guests such as Germany's Federal Commissioner for the Stasi Records Roland Jahn were also invited to be part of this momentous occasion for human rights in Taiwan.

This year marks the 70th anniversary of the United Nations' adoption of the Universal Declaration of Human Rights, Minister Cheng said, noting the National Human Rights Museum can be seen as Taiwan's contribution to the international promotion of human rights as well as a tribute to the importance of museums.

The opening of the National Human Rights Museum is but the beginning of the nation's responsibility and duty to be more committed to making good on the hopes of the older generation, and to meeting the expectations of society as a whole regarding human rights, she added.

Premier Lai remarked that authoritarian rule and the suppression of human rights are not experiences unique to Taiwan, and that he hopes the museum will be able to work with other such museums abroad to help Taiwan's story and the voice of her people be shared with people around the world.

At the ceremony, Premier Lai, Minister Cheng, political victims, and international guests unveiled a map of the world adorned with doves to mark the museum's establishment. Premier Lai then highlighted Taiwan's position on the map to symbolize the nation's transformation into an important player in the global protection of human rights.

The museum covers two White Terror Memorial Parks, one in New Taipei City and one on Green Island. It is the first such museum in Asia to be established in locations that previously served as parts of the machinery of authoritarian rule.

It will also be a space for human rights education, with an archive and collection research center built around the oral histories of political victims and a collection of historical data and archives illustrating how authoritarian mechanisms violate human rights.

As political archives are gradually opened up in the future and further research can be conducted on the mechanisms of the system and those who facilitated it, the truth will come to light.

Those who suffered unjust convictions and had their rights impinged upon will be able to have their reputations cleared and their dignity restored, while those who study human rights in Taiwan and participate in international projects will have the support they need to strengthen the core values ​​of human rights and justice.