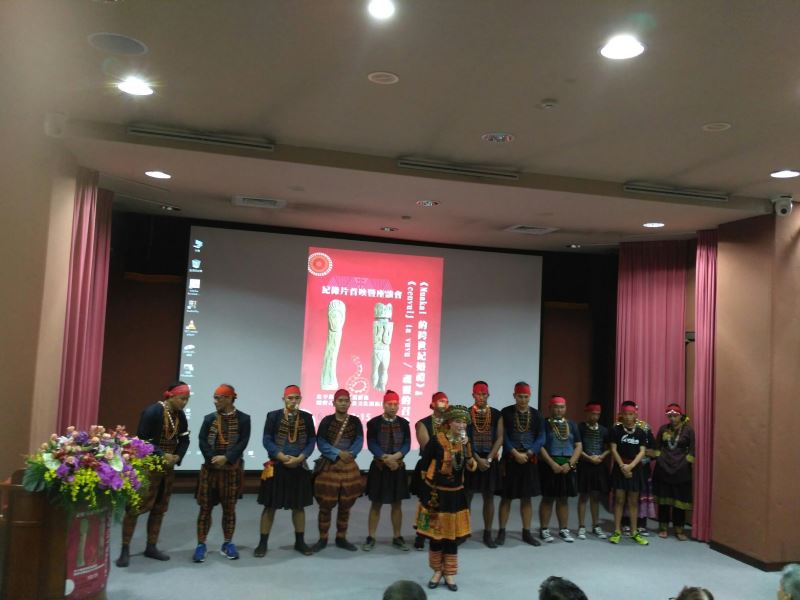 The National Taiwan University played host to the premieres of two documentaries dealing with the revival of indigenous relics in Taiwan on June 16. These screenings aim to inspire more dialogue, discussion, and understanding on the preservation and revitalization of Taiwanese indigenous cultures.

Both pieces became part of the museum's collection in the 1930s, and in the decades since, the people of the relevant communities have not seen the poles and were slowly beginning to lose the memories that are associated with them.

In response to this, during the process of having the poles recognized as national treasures, the museum reached out to the tribal communities in an effort to understand their thoughts and address their needs, thus reinvigorating the connections between the pieces and their homes.

Once the process was complete, with the support of the Bureau of Cultural Heritage, the museum then organized events for each of the two communities to symbolize the start of a new chapter in the rejuvenation of indigenous Taiwanese culture.

In September 2015, the museum and the village of Kaviyangan organized a "wedding" for their relic, formally marrying the ancestral pole (which represented a female ancestor) off to NTU and creating a permanent bond between NTU and the village.

From then on, the university became the home of the ancestral pole, while a replica was permanently situated at the home of the village chief. This replica is not only a symbol of passing on cultural memory through the generations, but also of the importance of equal cultural rights and the wisdom of tribal culture.

Three months later, in December 2015, the museum coordinated with the village of Vungalid to track down the original home of their ancestral pole, which was identified as the former village of Aluvuan in what is now Guichong Village, Chunri Township in Pingtung County.

Then in the following October, the two held a "worshipping, naming, and spirit-welcoming" ceremony, establishing a partnership through traditional Paiwan ritual. The original pole thenceforth remained under the protection of the museum, while a newly made replica was set up at the village, complete with a ceremony to welcome back the ancestors.

On June 28, 2017, the village’s quinquennial Maljeveq "Contact with the Gods" festival was registered with Pingtung County as a folk cultural heritage. Then the festival itself took place from Feb. 15 to 20, 2018, reviving a vibrant event that had not been held in nearly a century.

To continue linking such national treasures to their communities and preserve the memories associated with them, the Bureau of Cultural Heritage requested the NTU Museum of Anthropology to produce documentaries.

The two each used different narrative techniques to piece together scattered, unstructured video snippets from the events along with interviews conducted with chiefs, family members, elders, shamans, priests, and village representatives to let the villagers speak for themselves as they shared their thoughts, ideas, and hopes for the future.

Both documentaries showcase the dynamism driving the revival of Taiwan's indigenous cultures and the rich, locally oriented creativity that is going into it.

Through the screening of such documentaries, it is hoped that the people of Taiwan will gain a deeper understanding of the uniqueness and importance of indigenous cultural heritage. At the same time, the provision of Mandarin and English subtitles aims to promote such heritage preservation projects both at home and abroad.