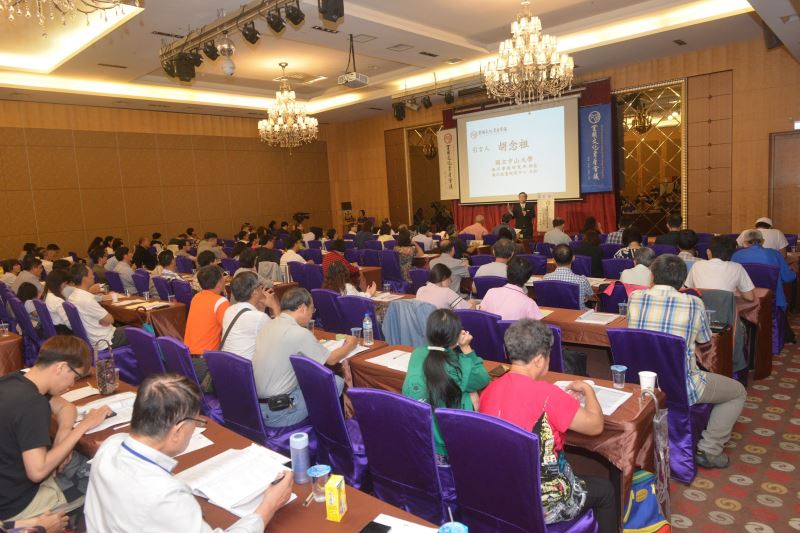 To solicit public views and ideas on cultural heritage preservation for the upcoming National Cultural Heritage Congress in September, a forum gathering heritage professionals and members of the local community took place in Kaohsiung City on June 23.

Some of the most frequently raised issues included the evaluation process for heritage assets, such as more stringent guidelines for appraisals and the provision of more preservation options; high demand for expertise in handling underwater or submerged assets; and the conservation of heritage pertaining to historic regional industries and military dependents' villages.

Participants also called for the better preservation of sites such as Futingchin Graveyard, a public cemetery in use from the Japanese colonial era to 1985; Xinxin Market, a traditional marketplace attached to the Gangshan Military Dependents’ Village; the now-defunct Kaohsiung refinery of CPC Corporation, Taiwan; and the Banping Mountain Military Reservoir, a hidden underground wartime water reserve.

Bureau of Cultural Heritage Director Shy Gwo-long stated that the Ministry of Culture is seeking additional funds from the Executive Yuan for supporting regional governments in heritage preservation projects, and that the Bureau welcomes feedback and advice from local experts, academics, and representatives of community empowerment groups.

Shy also explained that the Bureau is looking to amend related legislations regarding heritage assessment, and that amendments shall refine categorization of tangible and intangible assets to better define unmovable sites and their surroundings, assets that should be collected and grouped, intangible heritage of indigenous groups, and sites of archeological excavations.

The director added that the Bureau of Cultural Heritage will soon be promoted to the Cultural Heritage Agency, and that plans for a national administrative corporation overseeing Taiwan’s heritage preservation and mitigating related disputes are under way as well.

The proposed administrative corporation will serve as a neutral third party tasked with combining public and private sector resources to create a more wholesome environment for heritage preservation, including the enforcement of cultural laws and the recruitment of more specialists for heritage evaluation, restoration, preservation, and revitalization.

The June 23 Kaohsiung forum is the fifth of 12 regional forums slated for gathering opinion and feedback across the nation and its outlying islands through October. The National Cultural Heritage Congress will then take place in Taipei on Sept. 1 to address the issues that have been raised by the public.