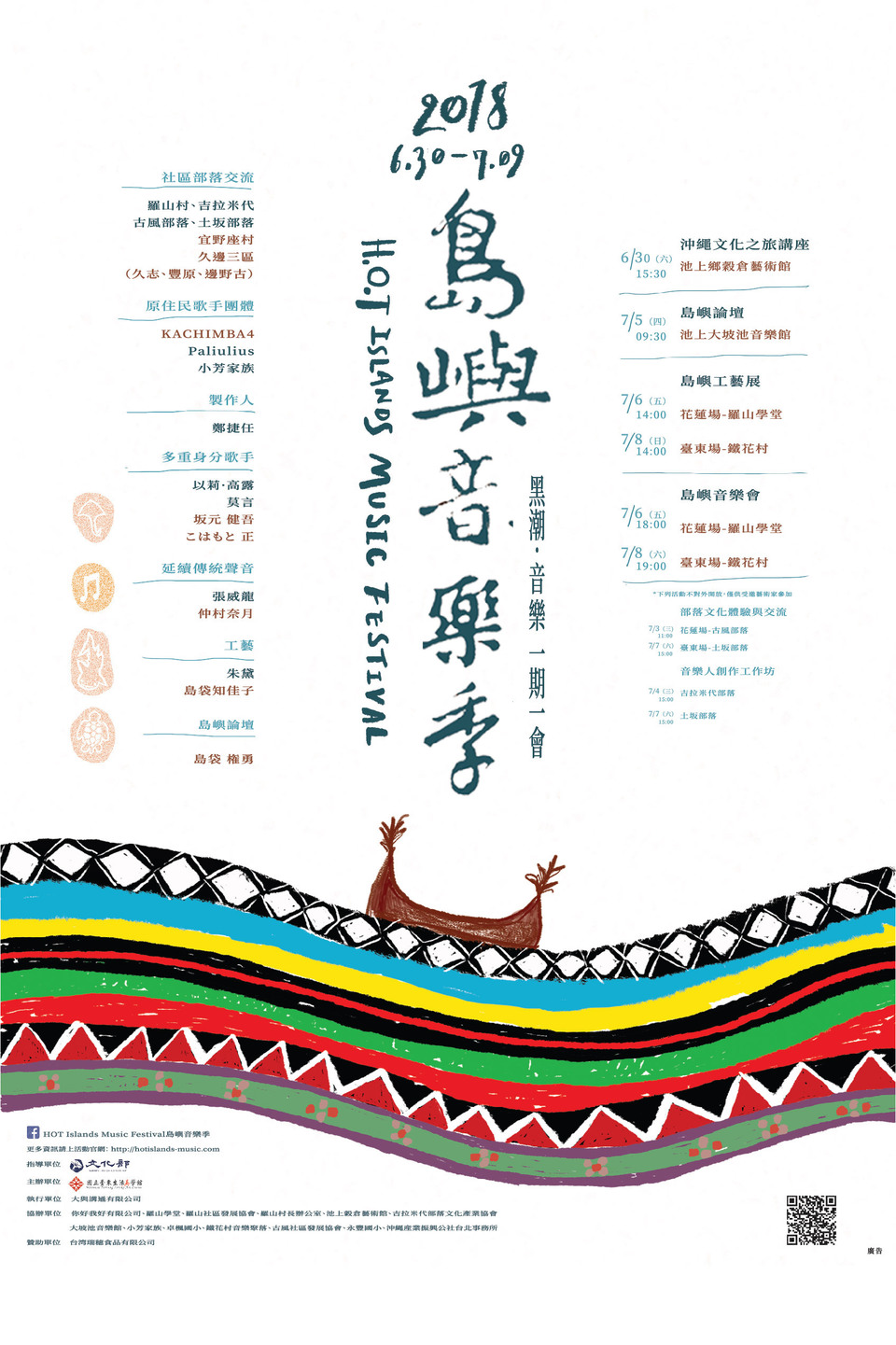 The H.O.T. Island Music Festival — an annual festival bringing together musicians and artists from Hualien, Okinawa, and Taitung — will return for its 5th edition in Hualien and Taitung from June 30 through July 30.

Taking place annually in different host cities across eastern Taiwan and Okinawa, the music festival offers live concerts, workshops, and forums as well as events on indigenous cultures to promote friendship and cultural exchanges between Taiwan and Japan.

This year, the festival will bring a series of events to Hualien and Taitung townships along Provincial Highway No. 9, a major highway in eastern Taiwan that runs from Taipei to Pingtung.

The National Taitung Living Art Center, organizer of this year's festival, noted that Taitung, Hualien, and Okinawa are all regions bordering the Kuroshio Current, cradles of rich indigenous cultures, and share similar climates and natural environments.

A boost in cultural exchanges, tourism, and industrial development in recent years reflects the flourishing friendship between the two nations, the Center added.

In the future, the festival hopes to expand its scale by adding literature and artistic creation to its activities, and deepen community participation as well as incorporate more regional activities to stimulate further exchanges.

Japanese-language information on this year's event is available at: http://hotislands-music.com/.