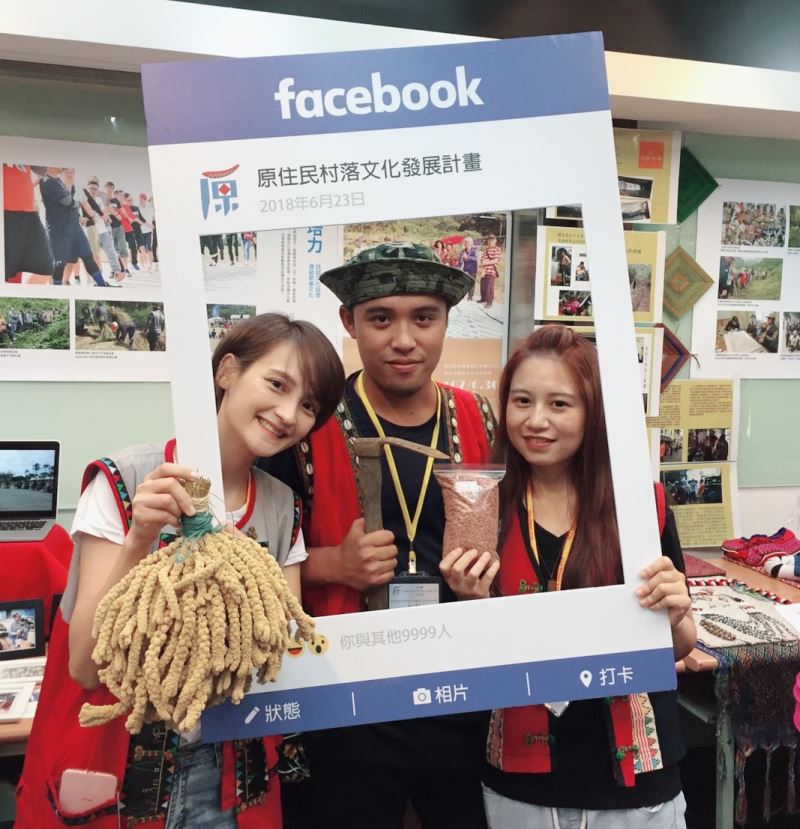 The Ministry of Culture upholds the core values ​​of cultural governance, government-public cooperation, and indigenous cultural subjectivity while encouraging youths of all walks of life to engage with urban and rural indigenous groups. It is to this end that the Ministry launched the Indigenous Village Cultural Development Project, which covers both recognized mountain tribes and the unrecognized pingpu, or plains, tribes.

The project has seen participation by a number of youths, helping both urban and rural indigenous groups rediscover their cultural roots and confidence. Over the past two years of the project, the Ministry has sponsored 66 organizations across Taiwan, spanning tribes including the Atayal, Bunun, Tsou, Thao, Paiwan, Amis, Siraya, and Makatao. With the participation of urban aboriginal associations, the results have become even more fruitful.

The 2017 project ran between August 2017 and May 2018, and results were presented on June 23 in Taipei through exhibitions covering tribal history, traditional territories, revitalization of crafts, songs and languages, culinary and agricultural wisdom, young talent incubation, and urban-rural linkages.

At the same time, a "world cafe" workshop was held, hosting discussions on the impact of the project, difficulties and challenges faced, and issues of sustainability. The hope is that through such conversations, the groups sponsored will be able to lay the groundwork for the future of the project, while guests attending will get a feel for the commitment and energy of the participants.

The project seeks to showcase the vitality and innovation of Taiwan's indigenous peoples by facilitating their own cultural practices and interpretations of cultural subjectivity. An example of this is the "In-Between" program by the Taiwan Indigenous Peoples' Cultural Development Association, which establishes art promotion spaces for indigenous artists and writers.

Other examples include a project by the Ropwe Community Development Association of Nan'ao Township, Yilan, to create a 3D model of the community's former village to fulfill a long-standing dream of their elders.

The Masilid Community Development Association of Majia Township, Pingtung took a different approach and opted to collect anthropological survey data. Such efforts demonstrate the urgency with which the indigenous peoples of Taiwan are working to recover the near-lost roots of their cultures and communities.

With the threat of loss of indigenous cultural heritage due to the relative remoteness of the communities, along with the paucity of research into it, Chen Teng-chin (陳登欽), director-general of the Department of Cultural Resources, expressed his gratitude to such groups for their dedicated, resourceful preservation efforts.

The Ministry of Culture will continue to promote cultural programs in such indigenous settlements and incorporate them into the National Memories Database so that more people may be able to look into Taiwan's tribal cultures, he added.

The Ministry hopes that this showcase of project outcomes will inspire more members of the indigenous community, particularly the younger generations, to get involved with learning about their heritage. By reconnecting with their ancestral culture and language, proudly going by indigenous names, and learning from the wisdom of their elders, they will be invaluable to keeping that heritage alive and vibrant.