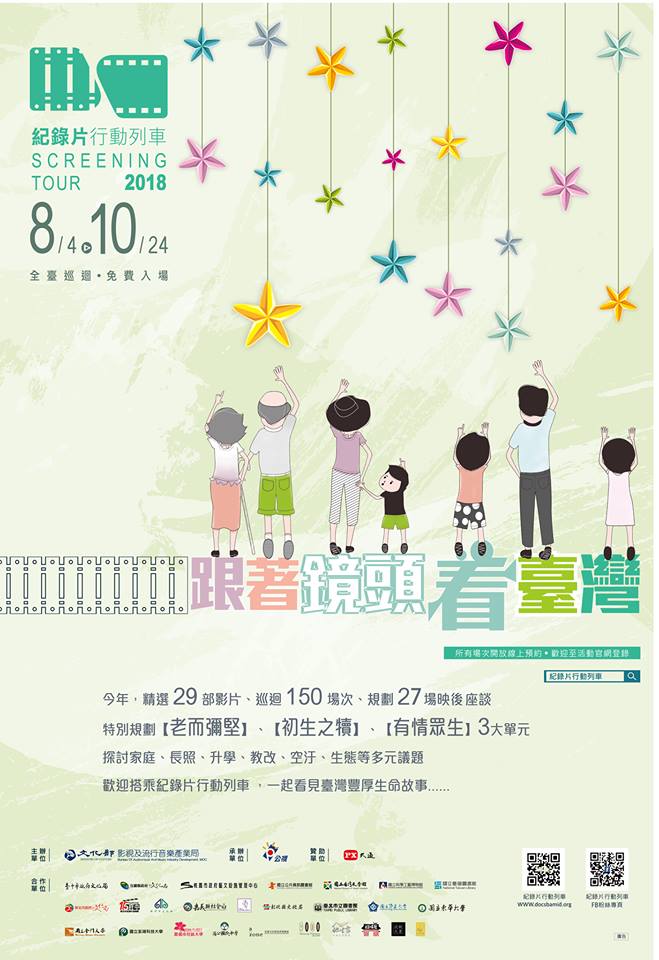 The 2018 Taiwan Documentary Screening Tour will take place from Aug. 4 through Oct. 24 to offer free showings and post-screening discussions around Taiwan and its outlying islands.

Organized by the Bureau of Audiovisual and Music Industry Development and Taiwan’s Public Television Service, the tour will offer 29 Taiwan-made documentaries through 150 screenings and 27 post-screening discussions, in which documentary directors along with film crew members will share their filming experiences with the audience.

All events are available for reservations online. A special gift will be offered to those who reserve seats in advance and show up on time. Those who participate throughout the whole session will be asked to fill out a questionnaire to join the tour's prize draw.

Furthermore, a special event called "Me and My Records ― Memory Wall" will encourage people to bring their own meaningful photos or objects and share related stories with other participants.

For further information, please check the event’s Facebook page at 2018 Screening Tour or browse the official website at http://www.docsbamid.org/.