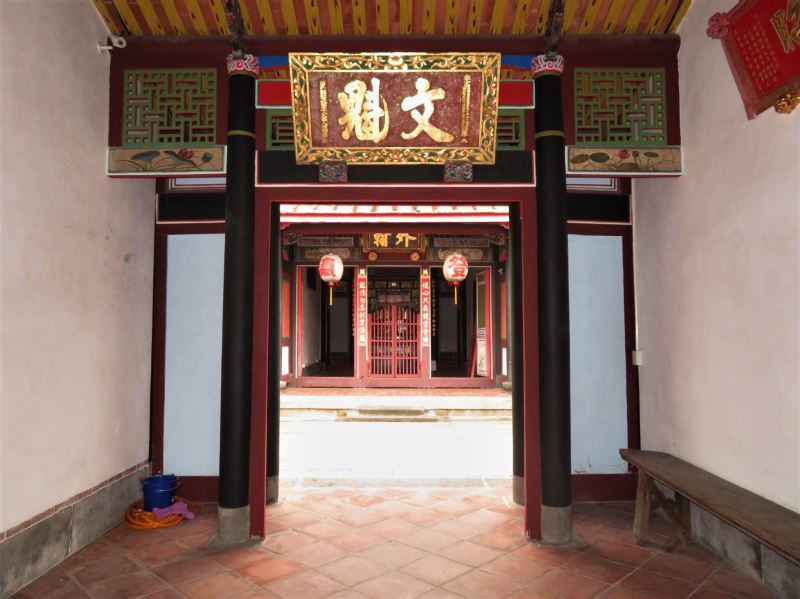 The Chen Yueji Residence is regarded as a symbol of the rich culture of Taipei's Dalongdong area, particularly during the Qing Dynasty, and its architecture is representative of the Tong'an style of residence of that period. Freedom House, meanwhile, was host to activities by the Taiwan-based Free China Relief Association and the World Anti-Communist League in the 1950s.

In addition, Datong House was provided for the use of military aid groups visiting Taiwan while the country was fighting for US aid, and was witness to significant moments in the joint ROC-US effort to build up the island's economic infrastructure. The three locations have each passed evaluation by a panel of judges appointed by the Ministry of Culture and have now been named national-level historic sites.

Chen Yueji was the name given to the business of the Chen family of Tong'an County in Quanzhou, Fujian Province, and the associated complex was constructed in 1807. It is built around the pairing of an ancestral hall and a reception hall, fanning out into a four-part complex with left, central, and right wings (referred to as "protective dragons").

The ancestral hall primarily functions as a combination of residence and place of worship, while the reception hall is a designated space for socializing, with an open-space layout perfect for entertaining special guests and holding important ceremonies.

Freedom House was originally built for the chairman of the Bank of Taiwan in 1902. In 1911, it was then transformed into the Bank of Taiwan Club, a place for staff of the bank to unwind. After the end of World War II, the Republic of China Joint Logistics Command made use of the building to greet foreign dignitaries. It was also often home to ROC diplomatic envoys reporting back to the foreign ministry for annual meetings, so much so that it earned the nickname of "the ambassadors' home."

In the 1950s, Taipei suffered from a lack of hostels and spaces for large gatherings. As a result, Freedom House was put to use as the venue for events held regularly by the Free China Relief Association and the World Anti-Communist League. In the early days, literati like Hu Shih (胡適), Yin Hai-kuang (殷海光), and Lei Chen (雷震) also used the location to hold talks over the free-speech magazine "Free China."

Built in 1953, Datong House was planned out by then-chair of the Council for United States Aid (and later president) Yen Chia-kan (嚴家淦) to help ongoing efforts in securing American aid during the post-war period. It was jointly built by the Bank of Taiwan and the diplomatic section of the ROC Joint Logistics Command, and was put at the disposal of visiting consultant groups from the US aid program.

In 1975, it was then converted to a guest house for Yen during his presidency, providing him with an office space adjacent to his official residence. The building's role in the joint efforts of the US and the ROC in developing Taiwan's economic infrastructure give it particular historical significance.