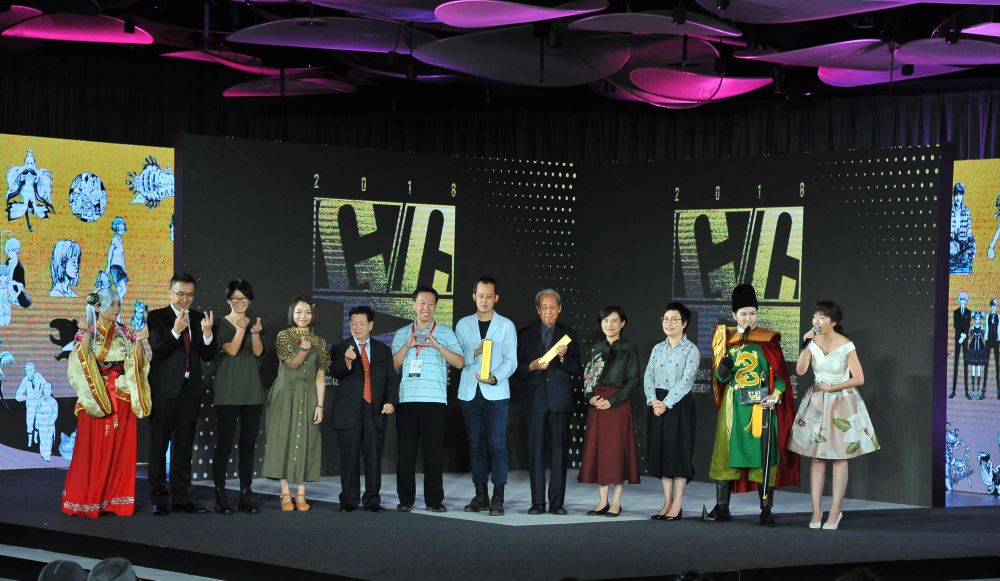 "Koxinga Z (1661國姓來襲)," a comic book based on Taiwanese history by artist Li Lung-chieh (李隆杰), captured the Comic of the Year title at the 9th Golden Comic Awards ceremony held in Taipei on Oct. 2.

This year, GCA received a total of 136 submissions, with 23 entries shortlisted for its nine prizes. "Koxinga Z," which reimagines Taiwan's history from the Dutch colonial era to the arrival of Chinese Ming loyalist Koxinga, was praised by the judges for its unique narrative, intriguing storyline, and vivid characters.

At the ceremony, Culture Minister Cheng Li-chiun noted that Taiwan’s policies on comics have achieved three breakthroughs this year. First, the Ministry held a memorial exhibition featuring comic master Chen Uen (鄭問) earlier this year, which received more than 100,000 visitors in three months. The exhibition has helped to reframe comics as a form of art and restored its status in Taiwan.

Secondly, the government has allocated a special budget from the Forward-looking Infrastructure Development Program to support the nation's anime, comics, and games (ACG) sectors. So far, over NT$80 million in grants have been distributed among comic creators to encourage more artists to engage in creating original comics.

In addition, the Ministry will establish a lab for developing IP content at the Taiwan Contemporary Culture Lab to foster multimedia applications of comics. Moreover, the Cultural Content Institute, which will be established next year, will bring in investments through business matchmaking to advance the development of Taiwan's comics industry.

Thirdly, to promote and revitalize the comics industry as well as preserve related artifacts, Taipei's Taiwan Comic Base will officially open to the public next year. Preparations for the upcoming National Comics Museum in Taichung are also underway ― over 2,100 valuable documents have been collected and preserved by the museum’s organizers between last October and this August.

While presenting the Golden Comic Award for Special Contribution to Tsai Kun-lin (蔡焜霖), Minister Cheng thanked him for establishing "Prince Semi-Weekly (王子雜誌)" and publishing works of Taiwanese comic artists by artfully dodging the "Guidelines to Publishing Comic Strips (編印連環圖畫輔導辦法)," which censored many publications during the martial law era.

Today, the government is no longer imposing such censorship on comics. Instead, it will take measures to actively ensure that artists will enjoy a better environment for fostering talents and creating original Taiwan comics, added Minister Cheng.

Tsai dedicated the prize to all his family members and friends who supported his dream in launching the "Prince" magazine and contributing to the development of comics in Taiwan.

To highlight the multimedia applications of comics, singer Lichen presented a song recomposed by music artist Chen Wei-roo (陳瑋儒) that was based on "Demo #1," which is the theme song of "Song with No Name (無名歌)" by comic artist ROCKCAT (搖滾貓), to show their integration of music with comics at the awards ceremony.

Rock band The Chairman (董事長樂團) also performed a song that they've created for the Creative Comic Collection (CCC), a magazine that features comics on Taiwanese culture and history, to pay respect to the comics industry.

The full list of winners can be found at: http://gca.moc.gov.tw/gca/2018/default_en.asp