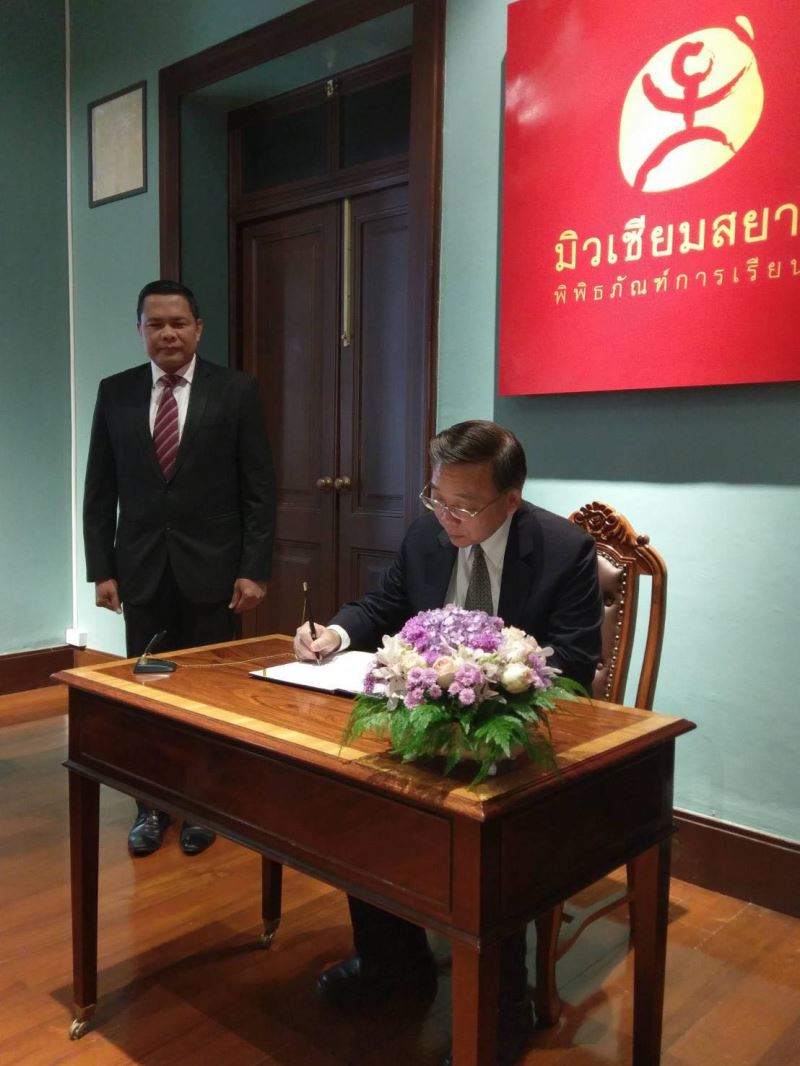 The Taipei-based National Taiwan Museum and Thailand's Museum of Siam signed on Sept. 25 a memorandum of understanding focusing on mid- and long-term partnerships for joint exhibitions, international exhibitions, and staff exchanges. This new agreement is expected to generate significant results for the cultural side of Taiwan's Southeast Asian pivot.

Under the auspices of the New Southbound Policy, the Ministry of Culture announced new efforts to promote substantive exchanges between Taiwan and Southeast Asian nations in July 2017. These include a full-scale effort by Taiwan's cultural representatives in Thailand to share Taiwan's culture with the five countries along the Mekong River.

On Sept. 25, the Taipei Economic and Cultural Representative Office in Thailand's Cultural Division successfully facilitated an MOU between the National Taiwan Museum and the Museum of Siam (also known as the National Discovery Museum Institute). The significant landmark in recent southbound cultural efforts was witnessed by National Taiwan Museum Director Hung Shih-you (洪世佑) and Museum of Siam Director Rames Promyen.

The Museum of Siam is a leader among Thailand's museums and is directly administered by the Thai Office of Knowledge Management and Development, putting it at an equivalent level to governmental agencies in Taiwan. Director Hung expressed his hopes that the two museums will cooperate on research, exhibitions, and staff exchanges into the future, and promote cooperation and exchange in the long term. Upcoming plans include an exhibition on the hand-tattooing customs of Taiwan’s indigenous Paiwan tribe to introduce Taiwanese aboriginal cultures to Thai museumgoers.

This collaboration began with Museum of Siam's Sukumal Phadungsilp visiting major museums in Taiwan this March at the invitation of the Ministry of Culture's Bangkok branch, which is better known as the Taipei Economic and Cultural Representative Office in Thailand's Cultural Division. Upon her return to Thailand, Phadungsilp began actively working to foster greater cultural exchange between Museum of Siam and Taiwan.

The signing of this memorandum and the establishment of official meetings between the two sides is a demonstration of the high level of attention that Taiwan's cultural power attracts, and a substantial milestone in Taiwan’s cultural efforts in Southeast Asia.