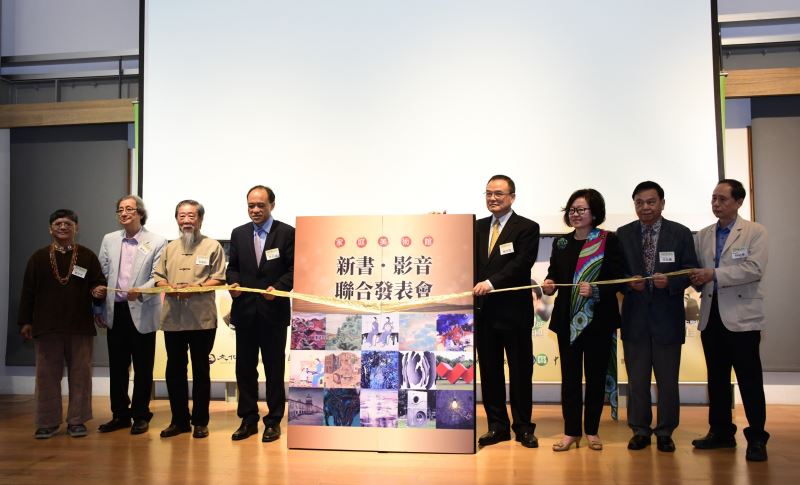 Deputy Minister of Culture Hsiao Tsung-huang (蕭宗煌) hosted a press conference at the National Taiwan Museum of Fine Arts on Nov. 6 to promote the latest installment of biographies and documentary films on senior Taiwanese artists.

The Council for Cultural Affairs, predecessor of the Ministry of Culture, has been compiling the "Home Museum – Artist Biographies (家庭美術館—美術家傳記叢書)" series since 1992 and filming the "Senior Artists in Taiwan (臺灣資深藝術家影音紀錄片) " documentaries since 2007 to memorialize their legacies.

The National Taiwan Museum of Fine Arts took over the two projects in 2011 to continue documenting the lives and creations of Taiwan's artists. With the support of the Ministry's recent efforts in reconstructing the art history of contemporary Taiwan, the museum has completed ten more books and five more documentaries this year to help enhance public awareness of senior Taiwan artists.

With the life story of each artist as its core, "Artist Biographies" introduces senior Taiwanese painters based on academic research, presenting the pioneers of contemporary fine arts through their respective life experiences, art journeys, and achievements as well as their influences on the development of Taiwanese fine arts.

Lin Chi-ming (林志明), director of the National Taiwan Museum of Fine Arts, noted that a total of 121 books and 37 documentary films have been released and made available to local libraries, public schools, diplomatic missions stationed in Taiwan, and the nation's embassies and overseas offices.