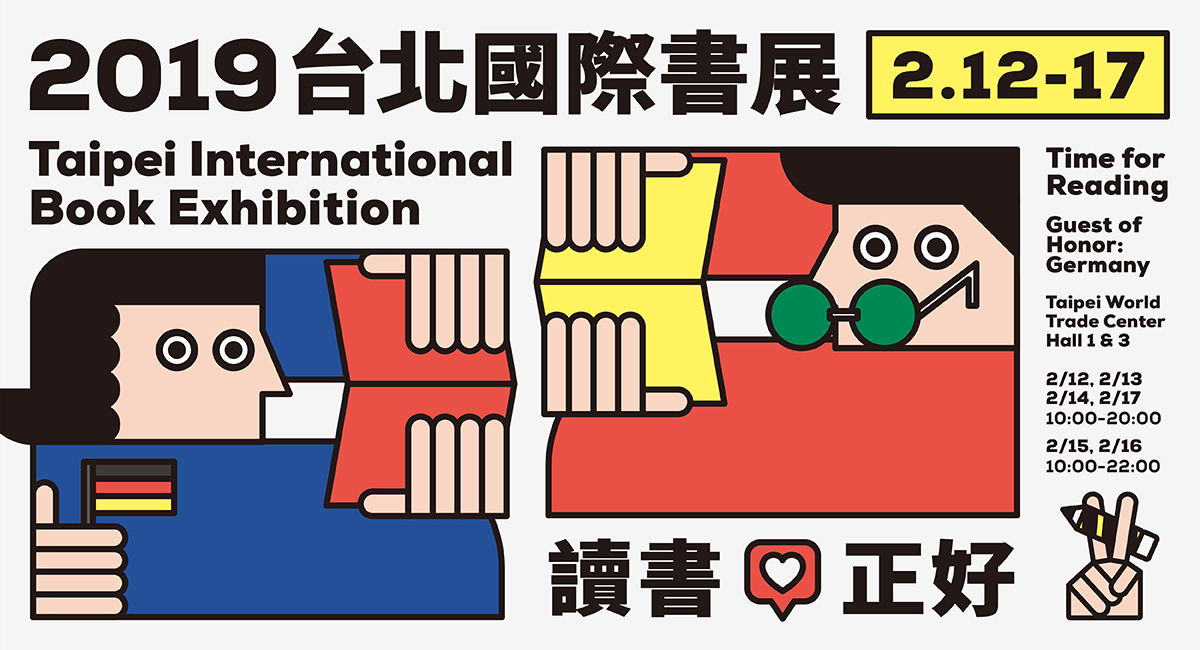 Featuring Germany as its theme nation, the Taipei International Book Exhibition will return to the Taipei World Trade Center for its 27th edition in 2019, which will take place from Feb. 12 through 17 under the theme "Time for Reading."

This year, the Ministry of Culture has invited Germany to serve as the Guest of Honor, following its inaugural experience as theme nation two decades ago in 1998. Supported by Germany's Federal Foreign Office, the German pavilion will be co-curated by Goethe-Institut Taipei and Frankfurt Book Fair to introduce German books to Taiwanese readers.

Under the theme "German Stories," the German pavilion will incorporate still and interactive exhibitions to present the diversity of Germany's literary scene. A corridor symbolizing storylines, for example, will be stationed with three to five typewriters for visitors to write down their memories and experiences related to Germany or to even create new stories.

A special exhibition featuring the concept of the Bauhaus will be presented on the other side of the pavilion. In addition to offering literary products, dance videos, and interactive activities, the Bauhaus showcase will also invite Dr. Regina Bittner, head of the Bauhaus Dessau Foundation Academy, to deliver keynote speeches for the Taiwanese public to gain more understanding about the German art school.

Amarcord, a Leipzig-based male vocal ensemble, will also present their music at the book fair.

Organized by the Ministry of Culture, a warm-up program titled "The City is Reading" will again return to Taipei, New Taipei, and Keelung, where a series of events will be held to promote reading among all citizens.

Another activity called "Start a New Semester with the Book Fair" will be organized to encourage teachers and students to expand their reading experience and education by visiting the book fair.

In addition, a traveling gallery titled "30 Years of Taiwan Books in Bologna" on a book truck has been launched to present an exhibition that features select works from Taiwan that were showcased at the Bologna Children’s Book Fair during the past three decades.

More information on the 2019 Taipei International Book Exhibition can be found at www.tibe.org.tw/en/.