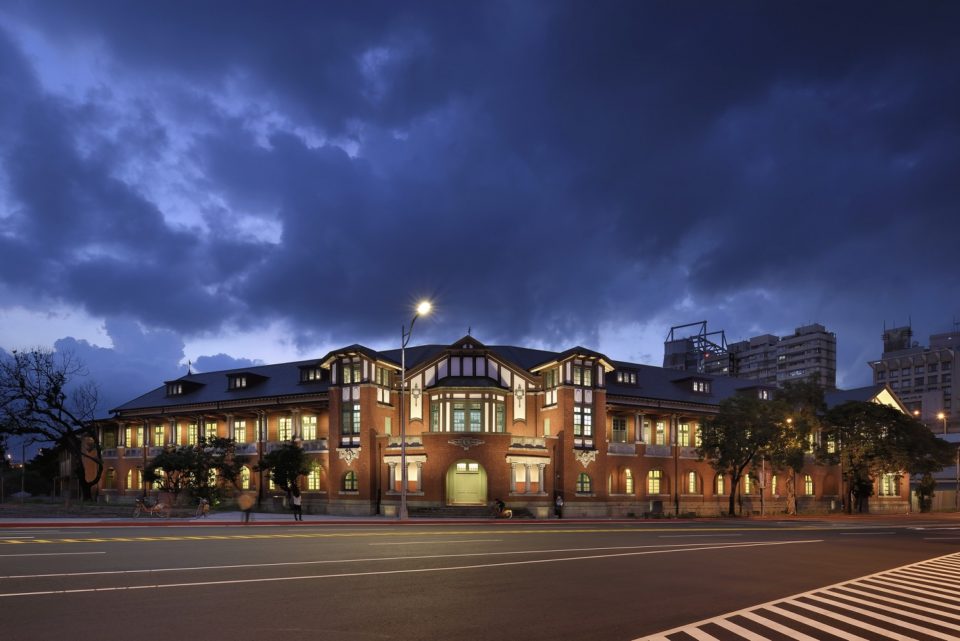 Organized by the Coretronic Culture and Arts Foundation, the 1st Taiwan Light Environment Award (臺灣光環境獎) ceremony was held on Dec. 23 at Cloud Gate Park in Tamsui. There, the nighttime lighting of the National Taiwan Museum's Railway Department building was recognized for how it respects the historic site and works in concert with the illumination of other sites around it. With its humble elegance, the site was chosen from dozens of entrants as the standout choice to receive the inaugural award.

NTM director Hung Shih-you (洪世佑) thanked the jury for honoring the almost-century-old building with the award. Protected and surrounded by corrugated iron for some nine and a half years, the newly restored historic building was unveiled by the NTM two years ago after over 1,000 days of repair work.

The revitalized Railway Department is set to be part of the upcoming National Railway Museum, although it is currently in the midst of several construction projects. Last year, the museum designed a special illumination setup to showcase the historic site's value, using a limited budget of public funds to create a low-key, unobtrusive lighting effect that highlights the wood-and-red-brick structure's unique character. The setup, which was done without any damage or disturbance to the structure itself, also showcases the surrounding urban and cultural landscapes, encapsulating a profound sense of the city's history.

The Taiwan Light Environment Award launched by the Coretronic Culture and Arts Foundation (中強光電文化藝術基金) focuses on public cultural facilities around both historical and modern structures, and covers landscapes, landmarks, cultural parks, national historic sites, museums, art venues, and religious buildings. Winners are characterized by a spirit of public service, consideration of environmental needs, and making full use of the features of the site. The other winner of the main prize this year was the Kaohsiung City Government Bureau of Cultural Affairs' "Illuminate Hamasen" project, while the Chao-Tian Temple in Beigang, Yunlin County received the Jury Special Prize.