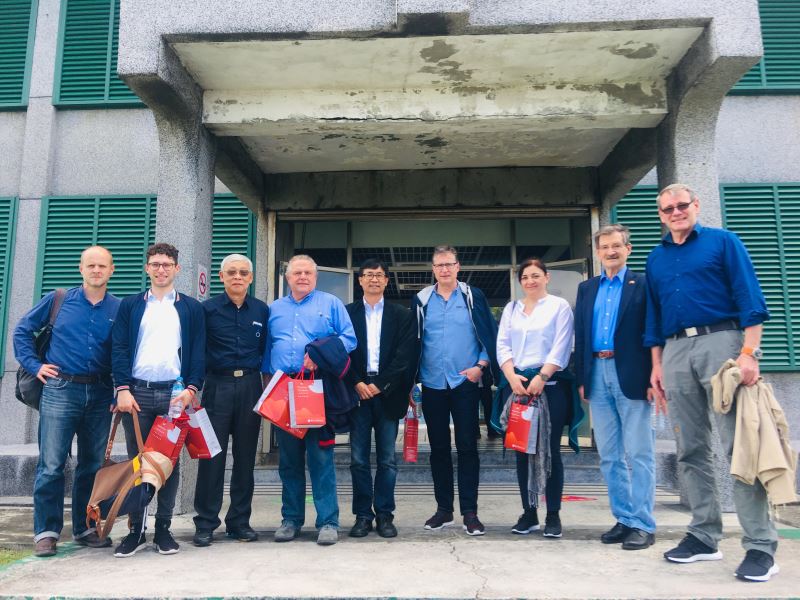 Their tour of the negative heritage site on an outlying Taiwanese island was led by National Human Rights Museum Director Chen Jung-hong (陳俊宏) and former political prisoner Chen Chin-sheng (陳欽生), the latter of whom explaining how he was detained here, at the site of a former military prison operating in the 1970s during the martial-law era known as White Terror, and why transitional justice is being pushed forward now in Taiwan.

The political victim showed the German parliamentary group his quarters at No. 6 detention room at Section Four of Bagua Building, as well as the building's inmate commissary, library, and reception room. He recalled how he felt very emotional when his mother left Malaysia, came all the way to Taipei, and boarded a fishing boat in Taitung to visit him on Green Island. With tears in her eyes, Mrs. Chen reluctantly left only after her son promised that he would come back home alive to her one day.

Willsch spoke for the parliamentary group, stating how they all were impressed by Taiwan's efforts in pursuing transitional justice. He added that their understanding of White Terror history has also been deepened through visiting the Green Island memorial park this time, paying their respects at February 28 Incident memorial activities earlier this year, and attending the opening ceremony of the National Human Rights Museum's Jing-Mei White Terror Memorial Park last May.

Director Chen noted that Germany's achievements in transitional justice have shown Taiwan a good model to follow. His museum will organize a "Transitional Justice Workshop" this year in cooperation with its German counterparts to invite specialists from Taiwan and Germany to share their experiences, he added, explaining that the museum aims to make itself a platform for international exchanges on human rights issues. The newly opened institute will also work with related organizations and museums to promote human rights and peace through education and highlight Taiwan's role in the global advancement of such values.