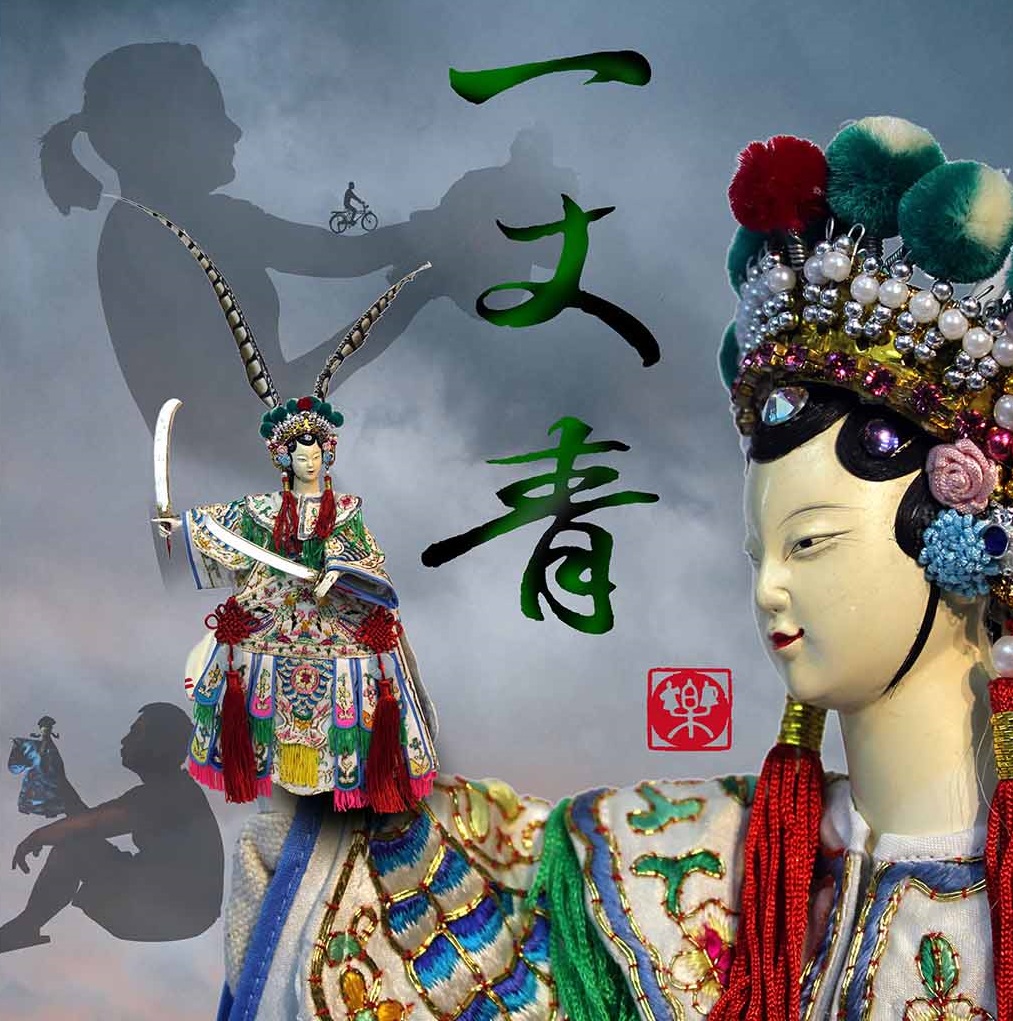 Jin Kwei Lo Puppetry Company (真快樂掌中劇團) will re-interpret a female warrior from the classical novel "Water Margin (水滸傳)" — Hu Sanniang (扈三娘) who goes by the moniker "Ten Feet of Blue" — with a creative new play that is titled "Cycle of Gongho (一丈青)" and slated for May 3 through 5 at the Taiwan Traditional Theatre Center.

Throughout history, "Water Margin" has been interpreted from a man's perspective in dramas, shows, or operas because it is largely a male-dominated novel — only three female warriors including Hu are counted among the group of 108 legendary outlaws gathering at Mount Liang to fight the corrupt dynasty of imperial Song.

Jin Kwei Lo, which literally means "really happy," will not only depict the novel from Hu's perspective, but also describe her unorthodox life with unorthodox elements.

The troupe was founded in 1967 by Chiang Shi-mei (江賜美), a first-generation pioneer among Taiwan's female puppetry performers. In the upcoming performances, the 86-year-old master will interpret the historical opera from a female perspective by stressing inner emotional play and astute observations, creating another hit performance for the family troupe.

When describing Hu in "Cycle of Gongho," Chiang added new elements that take inspiration from her own puppeteering career. Like many of her peers, she joined the entertainment business to make a living off peddling medicinal wares. When roaming about and performing puppet shows to attract potential buyers, she became a hardened survivor in ways unlike most women of her time.

In the late 1950s, many puppeteers began doubling as wandering medication vendors when the growing popularity of movies edged them out of indoor theaters. To raise her family, Chiang began to ride her bicycle from town to town between 1959 and 1967 to perform puppetry and sell treatments. "We performers are people of the Gongho, roaming around to make meager money for a living. We had to learn how to read both people and the weather," she commented.

On a stage arranged with two bicycles and a cloth banner for advertising medicinal wares, Jin Kwei Lo will present a Gongho that represents both the laborious lives of puppet companies performing at temples and street corners as well as the sub-societies of the "Water Margin" world. So the presentation focuses not only on the iconic characters represented by glove puppets, but also on the real lives of puppeteers working backstage.

Jin Kwei Lo was selected by the Ministry of Culture as one of the four troupes representing Taiwan at the 2018 Festival Off d'Avignon. "Potion of Reincarnation (孟婆湯)" touched the hearts of many French audience members, as the Taiwanese dialogue accompanied by folk mythology, glove puppets, and traditional Beiguan music transcended language and cultural barriers.

"Cycle of Gongho" is a flagship production of the 2019 Taiwan Traditional Theatre Festival. Ticketing information and more can be found here.

Editor’s Note: "Gongho" is Taiwanese for "Jianghu (江湖)," an ever-evolving term loosely describing sub-societies of rebels, adventurers, and all those who choose to live outside of existing societal laws.