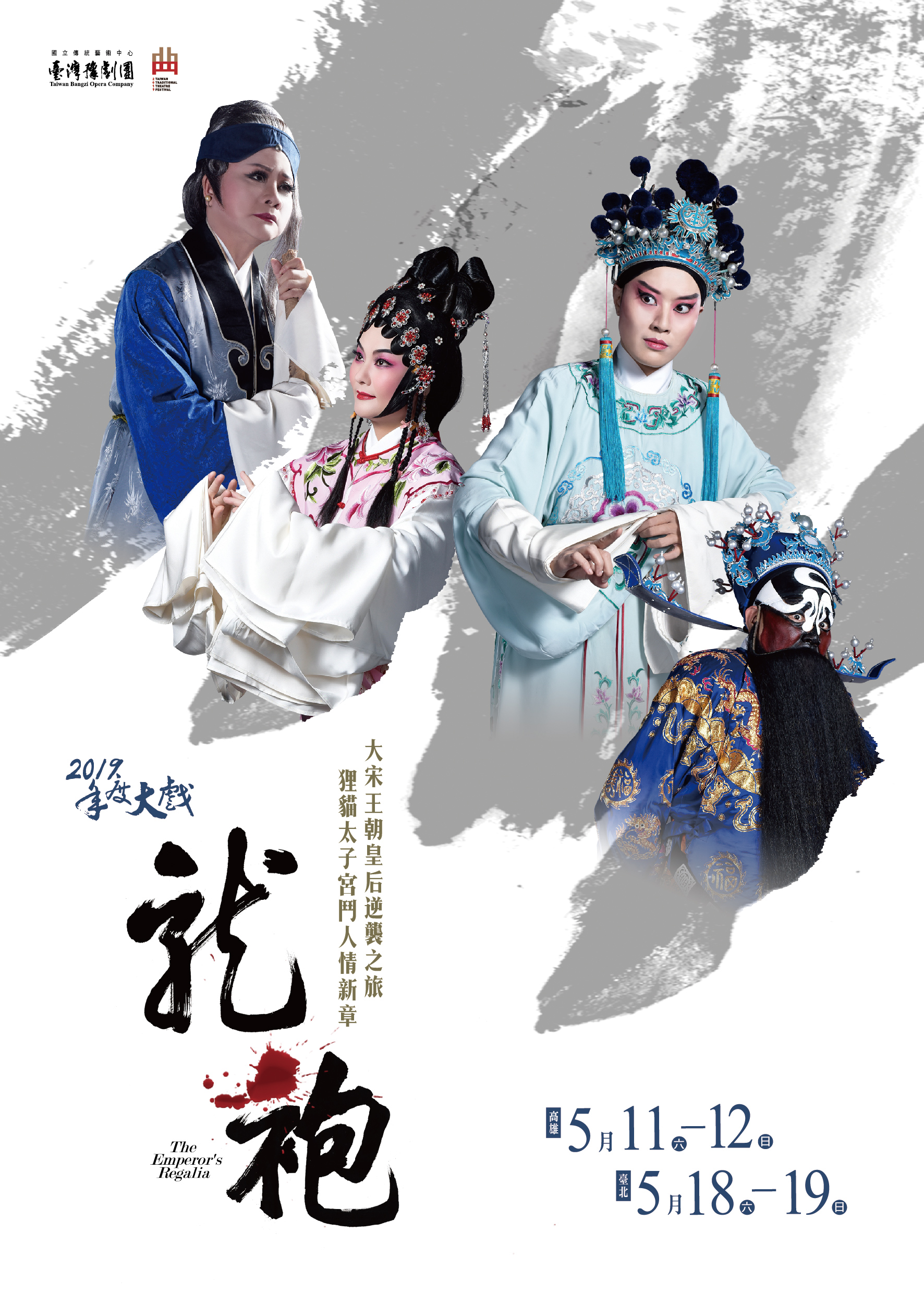 Taiwan Bangzi Opera Company (臺灣豫劇團) will hold the premiere of its 2019 flagship opera "The Emperor's Regalia (龍袍)" on May 11 and 12 at the Dadong Arts Center as part of the 2019 Kaohsiung Spring Arts Festival, followed by performances on May 18 and 19 at the Taiwan Traditional Theatre Center in Taipei as part of the 2019 Taiwan Traditional Theatre Festival.

Head of the Bangzi opera troupe, Peng Hong-jyh (彭宏志), pointed out that to create the awe-inspiring vibe of Chinese royal courts, the troupe has invited Kaohsiung Chinese Orchestra (高雄市國樂團) to accompany the show with live music. The troupe will also work with faculty members and students of the Department of Taiwanese Folk Opera of the National Taiwan College of Performing Arts to stage the play.

"The Emperor's Regalia" is adapted from the gripping Chinese legend "The Wild Cat for Crown Prince (狸貓換太子)," which is derived from a chapter in the classic Chinese novel "The Seven Heroes and Five Gallants (三俠五義)" written by Shih Yu-kun (石玉昆) during the Qing dynasty.

Set in the Song dynasty, the legend tells of Consort Liu (劉妃) plotting with eunuch Guo Huai (郭槐) to secretly swap the newborn infant of Consort Li (李妃), her romantic rival, with a skinned wild cat. Outraged by the monstrous "baby" and believing her to be cursed, Emperor Zhenzong (宋真宗) demoted Consort Li and banished her to a forlorn corner of the forbidden palace.

By naming the play "The Emperor's Regalia" instead of adopting the original title "The Wild Cat for Crown Prince," the Bangzi opera troupe is not attempting to clear Consort Liu's name but rather trying to highlight how the imperial dragon robe should represent not only supreme power but also supreme virtue and goodness.

With the most skillful cast of actors and orchestral musicians, "The Emperor's Regalia" is a sumptuous royal court opera that Bangzi fans will appreciate in detail.