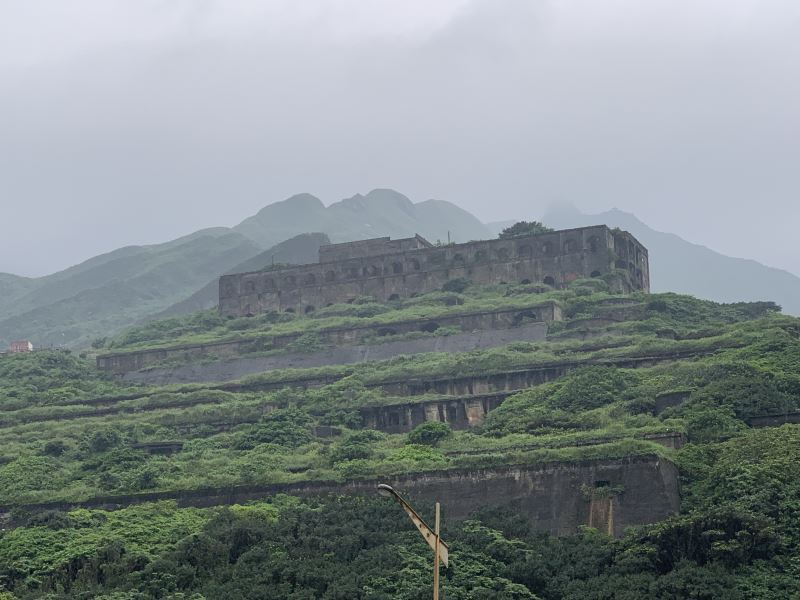 A joint investigation into the revitalization of three historically and culturally notable sites in New Taipei City — specifically the Remains of the 13 Levels (水湳洞選煉廠遺址), Benshan Sixth Tunnel Entrance and Cable System (水湳洞本山六坑口及索道系統), and Lian-Dong Copper Refinery Smoke Tunnels (瑞芳區臺金濓洞煉銅廠煙道) — was the focus of a meeting and site visit by the Ministry of Culture, Ministry of Economic Affairs, New Taipei City Government, Taiwan Power Company, and Taiwan Sugar Corporation on May 2.

Minister of Culture Cheng Li-chiun noted that revitalization efforts in this area, including the handling of polluted land, will need to respect the nation's environmental regulations, and that the opinions of the relevant agencies involved should be taken into account. The delegation of work should not only be allocated based upon the degrees of pollution, health risk assessments shall also be conducted, she added.

Considering the overall preservation and revitalization of the area's cultural heritage, the New Taipei City Government has been asked to collate plans from various agencies and offer a comprehensive long-term plan that could include artist residencies and the incorporation of art tourism. To aid in this, the Minister has pledged the support of the Bureau of Cultural Heritage.

The Shuinandong and Ruifang Districts of New Taipei City built their reputations in the past on mining. The Shuinandong Refinery — commonly known as "The 13 Levels" — was a copper refinery during the Japanese colonial period, and the foundations of the structure remain today as a valuable historical relic that was registered as a heritage site in 2004.

Benshan Sixth Tunnel Entrance and Cable System was registered in 2013. The system was built during the peak of mining in Jinguashi and Shuinandong, and portions of the railroad ties (otherwise known as railway sleepers) are still intact today, making it a site of substantial cultural and historical value that attests to the historic development of Taiwan’s mining industry.

The Lian-Dong Copper Refinery Smoke Tunnels were registered as a cultural landscape in 2008. Each tunnel runs for about a kilometer up the mountainside, becoming a unique sight in Ruifang District that has not been replicated by other mining regions across Taiwan.

These three sites are under the supervision of the New Taipei City Government, and managed presently by the Taiwan Power Company. Through ongoing discussions, the Ministry of Culture aims to work toward a consensus that would facilitate the ongoing cooperation between the central and local governments to help bring new life to the mining heritage of the Shuinandong, Jinshan, and Jiufen areas, which are collectively known as the Shuei-Jin-Jiou Mining Sites.