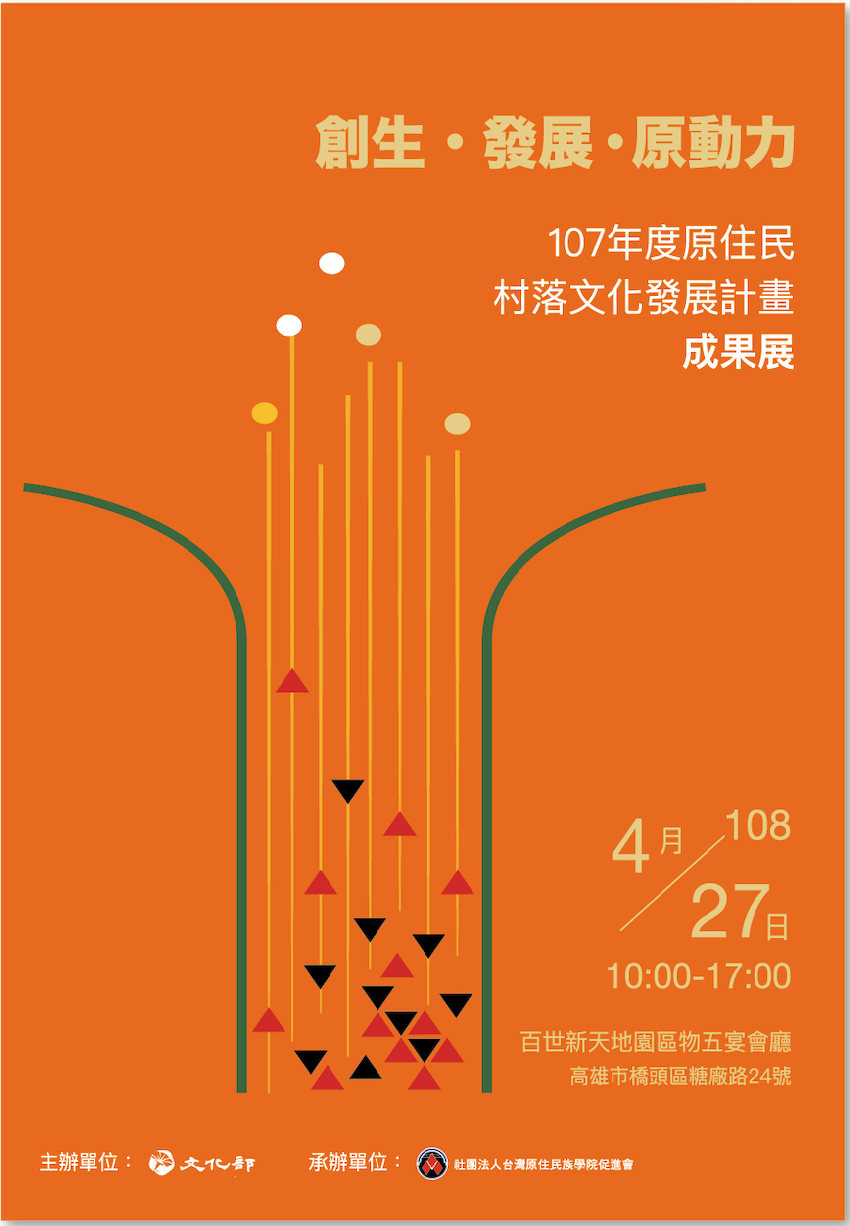 The Ministry of Culture presented the results of 29 heritage preservation and promotion proposals supported by the 2018 Indigenous Village Cultural Development Project (原民住村落文化補助計畫) on April 27.

The Ministry upholds the core values ​​of cultural governance, public-private sector cooperation, and indigenous cultural autonomy while encouraging youths from all walks of life to engage with urban and rural indigenous groups. To this end, the Ministry launched the Indigenous Village Cultural Development Project, which is open to both mountain and plains tribes and urban indigenous groups, sponsoring 94 proposals since 2016.

The April 27 showcase invited outstanding participants to share their experience based on the core values outlined above. Experts and academics were also invited to come up with suggestions on follow-up projects.

Director Hung Shih-fang (洪世芳) of the Ministry's Department of Cultural Resources lauded the implementation results by all project participants, noting that cultural heritage is sustained and passed down by such incremental efforts.

Since 2016, the Indigenous Village Cultural Development Project has supported an increasing number of urban-based youths who have returned to their tribal hometowns in search of reconnecting with their roots, reshaping their communities, and reviving their indigenous heritage.

The Ministry will also be holding a special four-day exhibition from May 16 through 19 at Taipei's Huashan 1918 Creative Park to inspire more urban and indigenous youths to work together on cultural reinvigoration and inheritance.