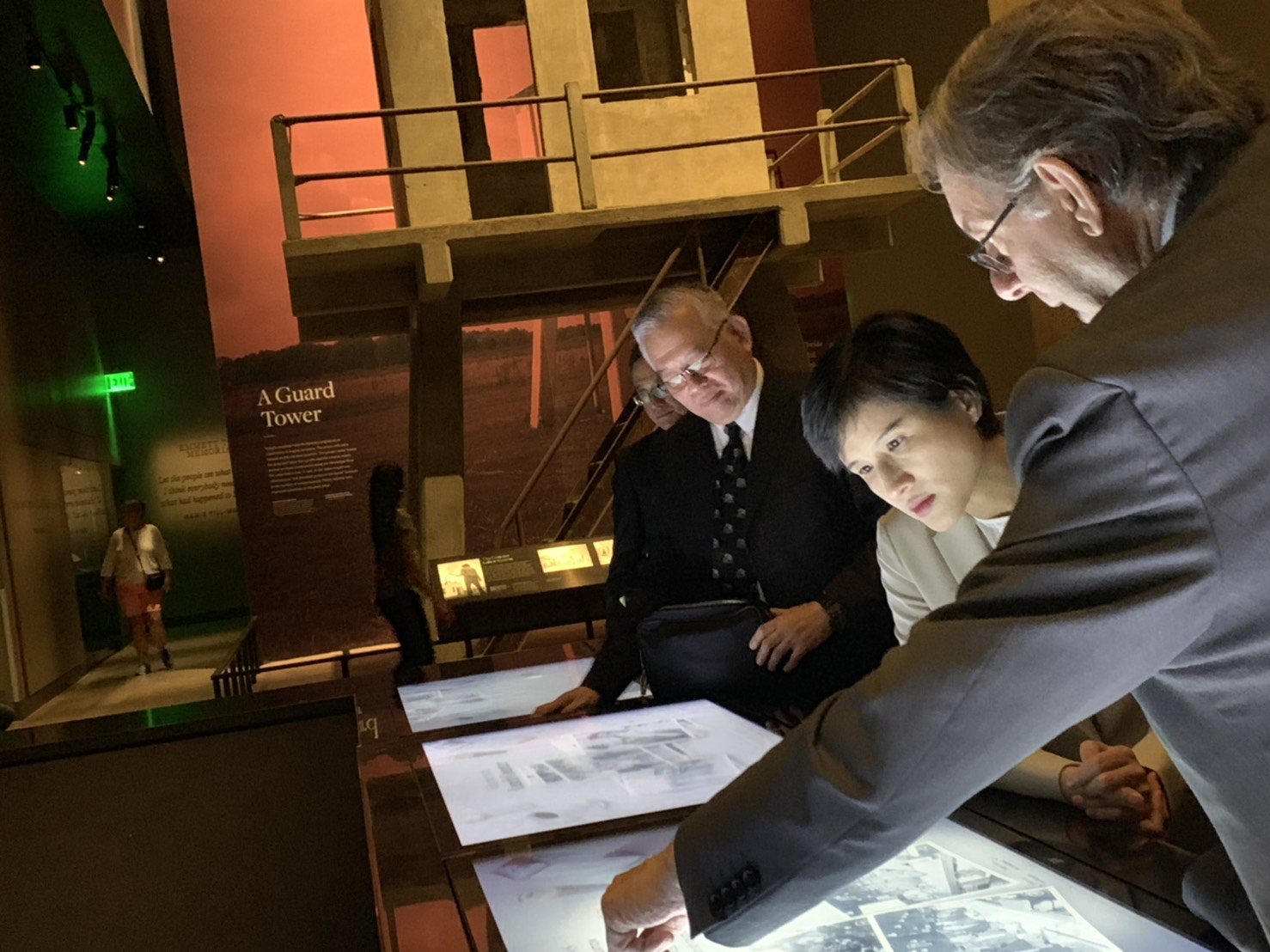 Minister of Culture Cheng Li-chiun visited three museums respectively dedicated to the Holocaust, African American history, and American Indian culture in Washington, DC on May 21 and 22 to learn more about their operations and promotion of human rights.

The Minister is on a May 20 – 24 visit to survey well-admired museums, art centers, and creative bases across the United States before attending the opening event of Sun Ten Museum's "A Homecoming Celebration" exhibition tour in New York City.

Meeting with directors of cultural venues and institutions, Cheng shared Taiwan's recent museum-related achievements, such as the establishment of a national museum dedicated to human rights, the ratification of the National Languages Development Act, and dedicated programs to Austronesian research and exchanges.

Minister Cheng also invited American museum directors to visit Taiwan, saying that their operational experience and equality efforts will be invaluable at a time when the nation is overhauling its museum policies and amending The Museum Act based on civic dialogue.

In greeting Sara Bloomfield, director of United States Holocaust Memorial Museum, the Minister noted that Taiwan has a similar institution dedicated to negative heritage, as the newly established National Human Rights Museum is set upon a White Terror site to remind generations to come of the importance of democratic over authoritarian values and the inviolability of human rights.

In listening to Kinshasha Holman Conwill, deputy director of the National Museum of African American History and Culture, Minister Cheng stated that the US civil rights movement was truly inspirational.  Among other things, Taiwan has been campaigning for equal language rights and strengthening cultural autonomy in recent years, she added.

In meeting Kevin Gover, director of the National Museum of the American Indian, the Minister was interested to hear his thoughts on Taiwan's indigenous rights movement, President Tsai Ing-wen's establishment of a national committee dedicated indigenous historical justice and transitional justice, and recent initiatives in highlighting Taiwan's Austronesian heritage.

Minister Cheng stated that the promotion of human rights, diversity, and equality is a global movement that requires a real concerted effort from all members the international community. The work being done by the United States Holocaust Memorial Museum, National Museum of African American History and Culture, and National Museum of the American Indian demonstrates that museums play a crucial role in contemporary social development, she added.