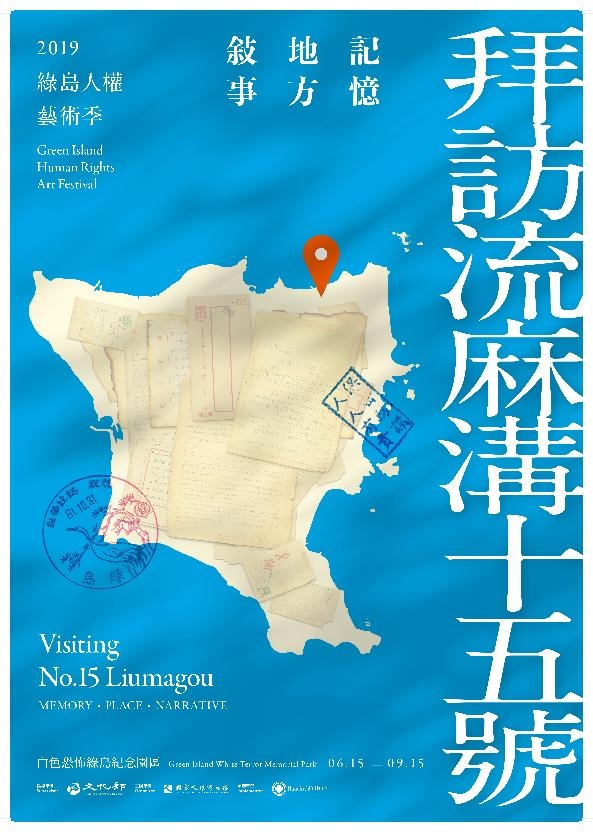 The festival, which will run from June 15 through Sept. 15 this year at the Green Island White Terror Memorial Park, is an yearly commemoration of the suffering and pain of political victims who were imprisoned on the outlying Green Island during Taiwan's martial-law era known as White Terror.

Curator Sandy Hsiu-chih Lo (羅秀芝) explained that "No. 15 Liumagou (流麻溝15號)" was once the shared domicile address for all the political prisoners detained on Green Island. Today, the address has been changed to "No. 20 General Rock (將軍岩20號)" and the prison site now serves as the Green Island White Terror Memorial Park.

The 2019 festival pays tribute to this transition by adopting the theme "Visiting No. 15 Liumagou," and the invited artists will depict and interpret the past memories of Green Island by combining the personal stories of political prisoners with the islet's humanistic features and negative heritage.

National Human Rights Museum director Chen Jung-hong (陳俊宏) pointed out that the festival will take place over the course of three months for the first time in hopes of turning this negative history into progressive cultural heritage while facilitating dialogue and reflection in a society seeking transitional justice.

The museum has also signed a memorandum of cooperation with National Taipei University of the Arts to help the latter offer human rights educational courses and invite the university's students to create artworks during the Green Island art festival, said Chen.

He also revealed that the Federation of International Human Rights Museum (FIHRM) will set up its Asia-Pacific branch office in Taiwan this year, and that FIHRM President David Fleming is among the international dignitaries scheduled to visit the Green Island Human Rights Art Festival in August. Green Island aims to become a platform for artistic creation and exchanges with international human rights networks, Director Chen concluded.

In addition to the contemporary art creations on Green Island, the New Taipei City-based museum is also organizing a series of fringe activities such as movie screenings, 14 sets of workshops and forums, and a bookplate exhibition.