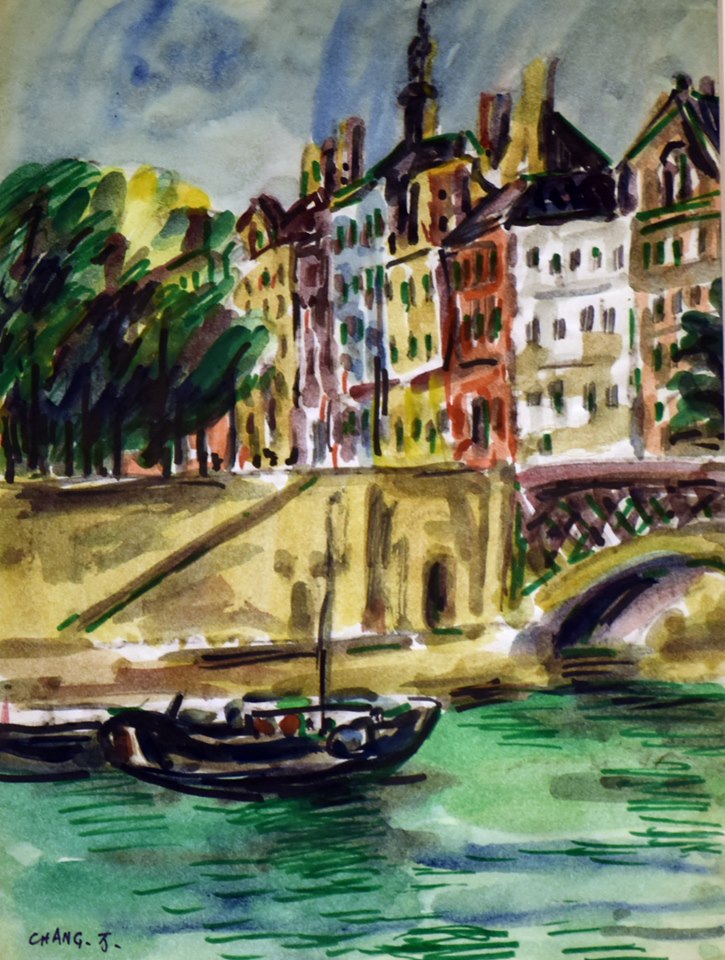 The Taipei-based National Dr. Sun Yat-sen Memorial Hall will host "Flowing in Mind," a memorial exhibition on one of Taiwan's most acclaimed Fauvist painters — Chang Wan-chuan (張萬傳, 1909 – 2003), from July 18 through Aug. 20.

Chang, a Taiwanese painter and Tamsui native born in 1909, began studying painting in 1929 at a private art institute in Taiwan funded by Ni Chiang-huai (倪蔣懷), another well-known Taiwanese painter. In the following year, he traveled to Japan for advanced studies at the Kawabata Painting School and the Hongo Art Institute.

He was influenced by artists of the School of Paris, Fauvism, and Expressionism. Thanks to his artworks that emphasized painterly qualities and vivid colors, he was praised as the "Father of Taiwan's Fauvist Movement."

Chang made his mark on Taiwan's history of fine arts as both an artist and an educator, with his life witnessing the Japanese occupation, the retrocession of Taiwan, the Nationalist government's relocation, the martial law era, and the vibrant democracy that followed.

Minister of Culture Cheng Li-chiun pointed out that in recent years, the Ministry of Culture began the process of reconstructing Taiwanese art history by upgrading the infrastructure and services of local- and national-level museums on fine arts while helping them establish or upgrade their archives and digitize their collections.

The reconstruction initiative also encourages people to learn more about the historic development of Taiwan's arts by inspiring exhibition-goers to discover, discuss, and interpret museum collections from their own perspectives. As a national policy, it will help Taiwan's arts prosper and diversify; as a campaign, it will help Taiwan regain its place in the global narrative on the world's art history.

A total of 262 artworks from Chang are on display at the show, including sketches, still lifes, portraits, and landscape paintings, further accompanied by rare historical photos, newspaper clippings, and artifacts. Most of these pictures are related to fishes, as Chang loved fish, painted fish, and ate fish in his daily life.

Another section is dedicated to landscape paintings underscored by an unchained spirit, bold colors, thick and heavy strokes, and beautiful scenery from Xiamen, Gulang Island, Tamsui and other sites personally favored by Chang. His still lifes also feature robust hues and liberal strokes but with layers of refinement. In his portraits and figure studies, the five sense organs of his subjects are formed with colors instead of outlines, using texture and arrangement to highlight human complexity.