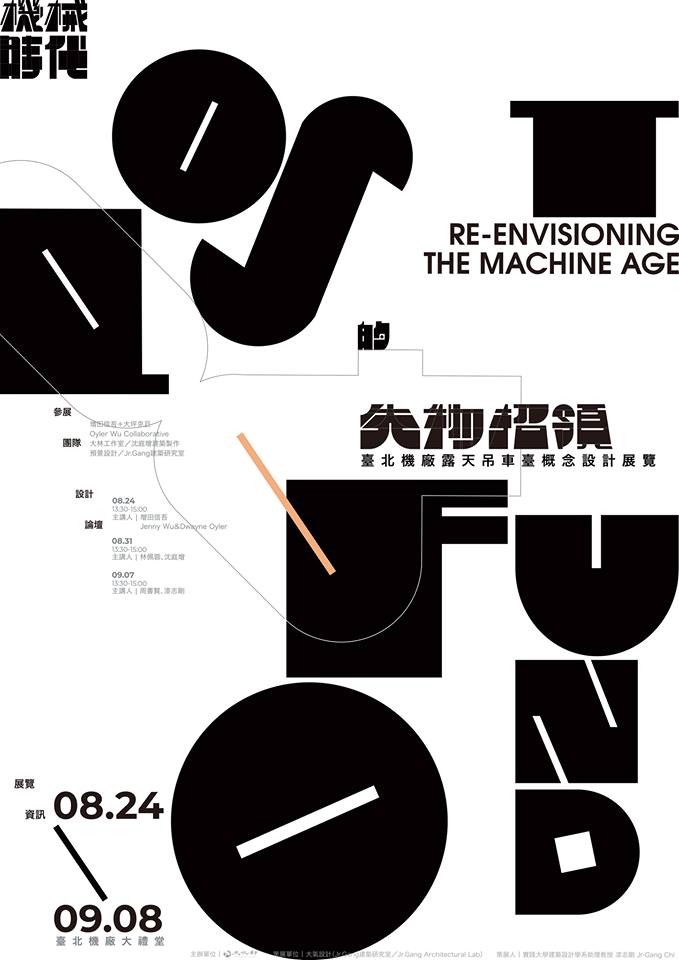 The Ministry of Culture will hold an exhibition named "Lost and Found: Re-Envisioning the Machine Age" at the Taipei Railway Workshop to inspire visitors to come up with their own ideas for how the workshop's historical facilities and equipment should be used once the venue is restructured into a museum.

"Re-Envisioning the Machine Age," along with a design forum and several guided tours, will take place from Aug. 24 through Sept. 8 at the workshop adjacent to Songshan Cultural and Creative Park. Jr-Gang Chi (漆志剛), an assistant professor of Shih Chien University's Department of Architecture, is the curator of this special exhibition.

Constructed in 1935 during the Japanese colonial period, it was once known as the biggest train depot in all of East Asia. The Taipei Railway Workshop has also been designated by the Ministry of Culture as the site for Taiwan's upcoming National Railway Museum after it was recognized as a national historical site in 2015.

As the workshop occupies 16.79 hectares of land between the bustling Songshan Cultural and Creative Park and Core Pacific City Living Mall, which equates to about two-thirds the size of Taipei's Da'an Forest Park, the two-week exhibition hopes to solicit further ideas from visitors on how to turn the former manufacturing-oriented factory into a museum and park that will fit seamlessly with the daily lives of Taiwan's residents.

The exhibition planners have also invited six spatial design teams from Taiwan, the United States, and Japan to reimagine the workshop's space and machinery based on the site’s signature facility — the colossal open-air crane station.

From studies on various aspects of the workshop, these teams have identified six elements that they believe can offer a new experience and fresh perspectives on the historic site: (1) the railroad cranes for lifting tracks and other heavy objects, (2) all the huge machines that remain on site, (3) the tunnels dedicated to fixing trains, (4) the foundations of the workshop itself, (5) corridors and other walking areas, and (6) vegetation and water.