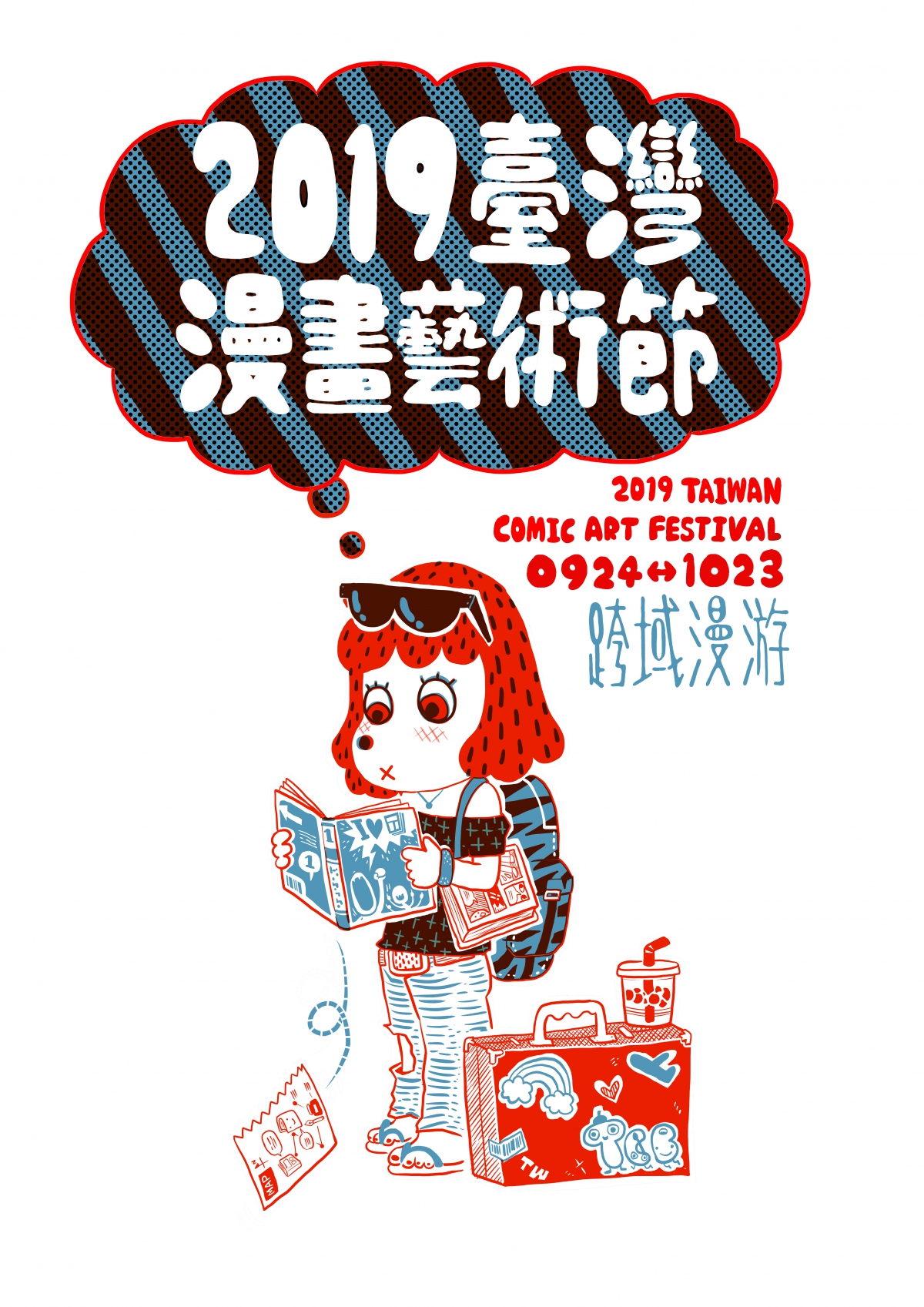 The 2019 Taiwan Comic Art Festival will kick off on Sept. 24 at the Taipei-based Taiwan Comic Base under the theme "Roaming Across Domains" to showcase the vast opportunities made possible by introducing the comic arts to fields such as theater, film, literature, food, music, and technology.

Encompassing both the second and third floor of Taiwan's four-story comics headquarters, the 2019 Taiwan Comic Art Festival will showcase eight sets of original works that have undergone considerable transformation in terms of medium, presentation, and end-user experience. Some started out as manga series, while others were adapted for the comic format.

Curator Lo He-lin (羅禾淋) noted that while members of the Taiwanese public have a good understanding of how comics can be translated into animations, television shows, and movie productions, less thought is given to how Taiwan's literary output can be converted into comics.

From musical theater and anthropomorphic characters based on Taiwanese delicacies to augmented and interactive displays, the strength and quality of the eight chosen works speak to Taiwan's recent advancements in the ACG (animation, comics, games) sector.

The festival organizers have also teamed up with 12 boutique hotels and guesthouses within the vicinity of the Taiwan Comic Base to create a "walking tour" that will take participants to see the artworks of 12 Taiwanese artists on display at their respective "residency hotels."

Moreover, the Museum of Contemporary Art, Taipei will hold outdoor screenings of animated productions derived from Taiwanese comics from Sept. 24 through Oct. 23. Creative mementos and memorabilia by Taiwanese comic artists will also be available at the museum's gift shop during the festival.

Additional clusters of concerts, talks, and tours will be held on the streets or different venues ranging from the Taipei Main Station area to the Zhongshan MRT Station region. More information on the 2019 Taiwan Comic Art Festival is available at https://tcb.culture.tw/2019comicartfestival/. The bilingual festival guide is also available for download at the bottom of this page.