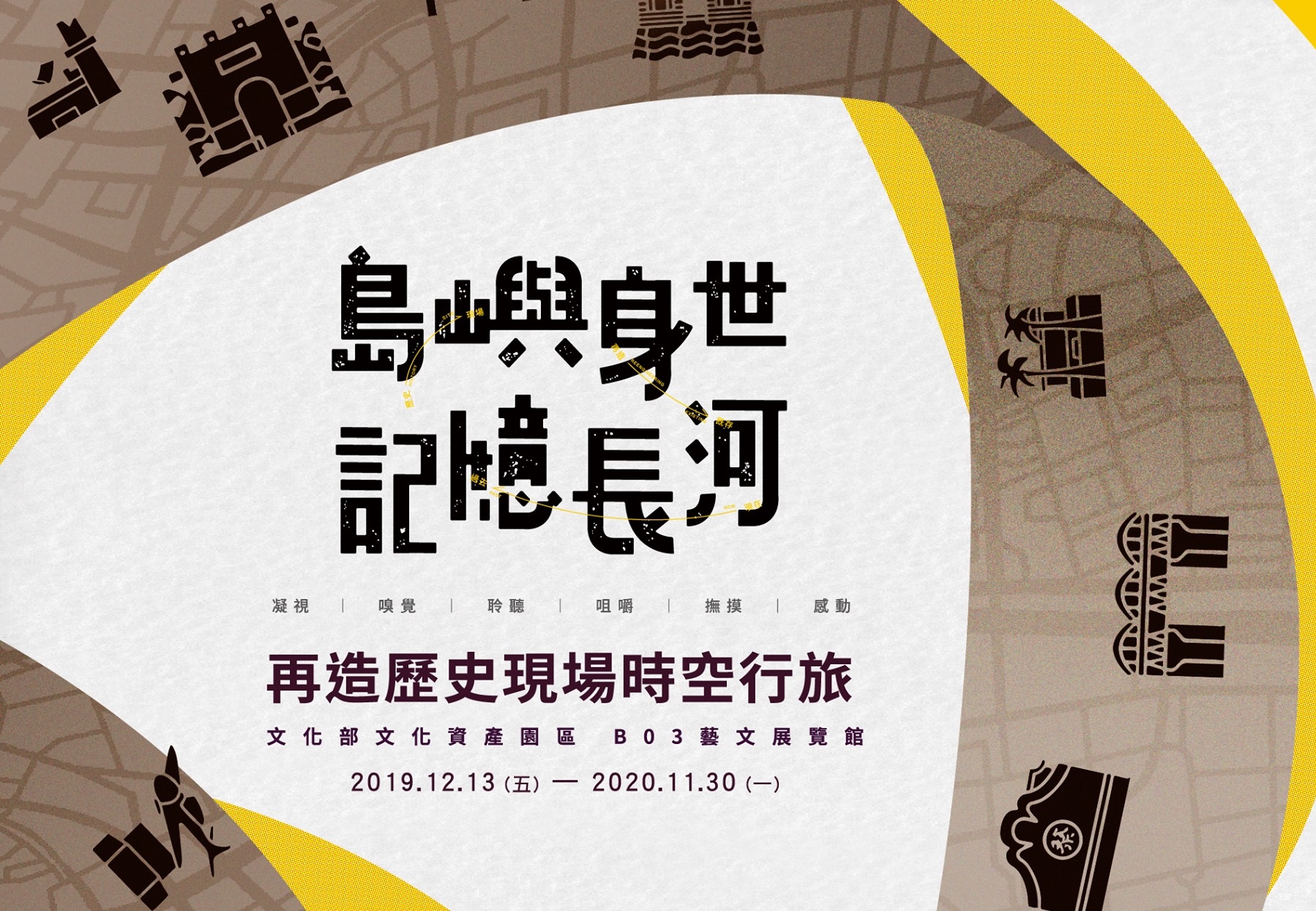 A yearlong exhibition promising to bring Taiwan’s historic sites back to life will kick off at Taichung's Cultural Heritage Park on Dec. 13. Visitors are invited to take a trip down memory lane — with their six senses — and explore history as it unfolds again through interactive presentations.

Featuring the six themes of "gaze," "smell," "listen," "chew," "touch," and "inspire," the exhibition will showcase sensory displays such as the sound of aircrafts flying over the now-defunct Taoyuan Air Base, military anthems that once resounded through old military dependents' villages in Pingtung County, and the smell of sulfur from an eco-museum in Beitou, where its centennial hot spring industry can be traced back to the period of Japanese rule.

The exhibition organized by the Bureau of Cultural Heritage is a curation of the preliminary achievements of the "Regeneration of Historic Sites (再造歷史現場, previously translated as 'Reconstruction of Historic Scenes')" initiative — the nation's largest cultural preservation endeavor launched in 2016. With a budget of more than NT$6 billion, a total of 37 proposals spanning from battlefield preservation to revisiting Taiwan during the Age of Discovery has been approved so far.

Addressing her motivation for introducing the program, Minister of Culture Cheng Li-chiun said at the opening tour that before she assumed the cabinet position, she often saw idle sugar and tobacco factories as well as abandoned office buildings. The memories associated with these forsaken facilities, unfortunately, are fading fast.

"I asked myself… why do we feel like total strangers in our own hometowns? Without knowledge of our city and our past, we have lost our memories [of this land]," Cheng said.

Under the program, the Taiping Steamer Memorial Park, a site established to commemorate the tragic loss of life during the steamer's fatal 1949 voyage from China to Taiwan, has been opened to the public. The restoration of historic neighborhoods around Tainan’s Fort Provintia, one of the oldest and most important landmarks in Taiwan, is also already under construction.

"Only by reflecting on what we have gone through to get here, will we become aware of who we are [as a nation] and how to plan for the future," the Minister concluded.