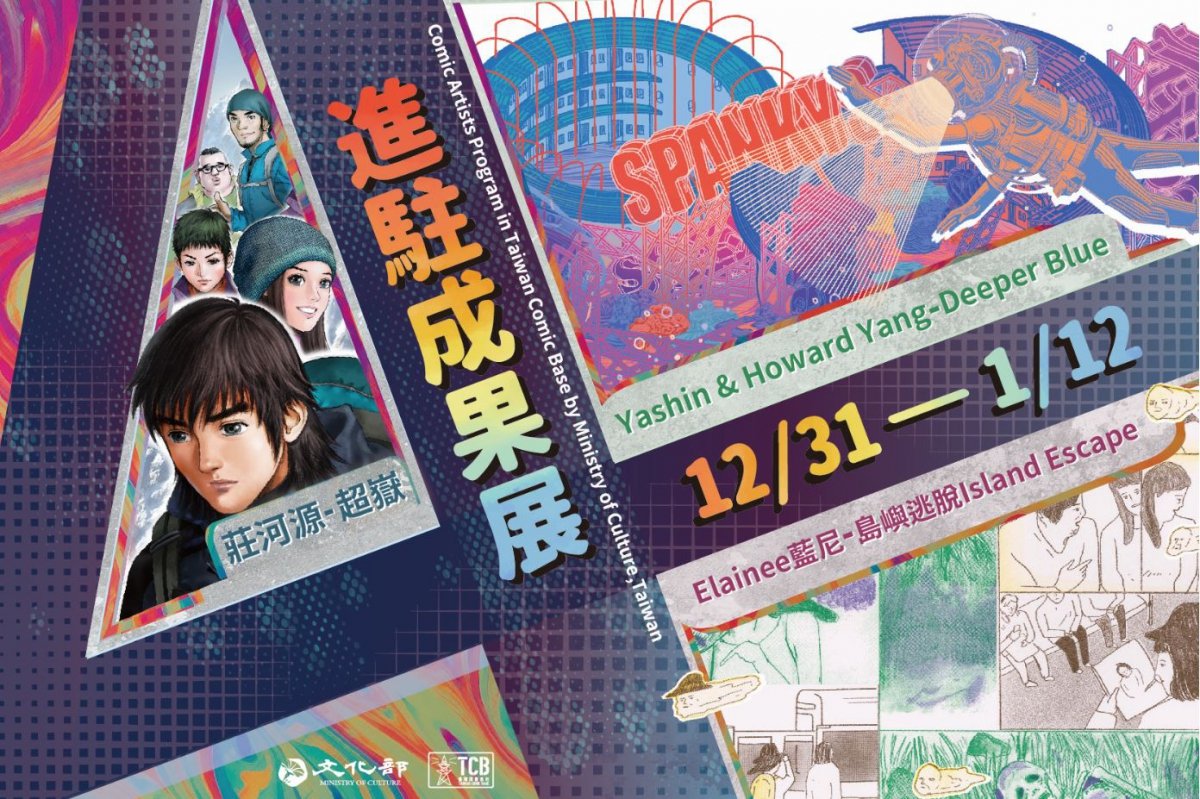 Artists Elainee Fang (藍尼), Zhuang He-yuan (莊河源), and duo Yashin & Howard Yang make up the fourth set of talented artists who have completed their residency at the Taiwan Comic Base from October through December. After two months of working on their creations, they will be showcasing their completed works from Dec. 31, 2019 until Jan. 12, 2020 at Taipei's leading comics destination.

Illustrator Elainee's work is a re-interpretation of her original prints piece "Island Escape (島嶼逃脫)." Elainee wanted to use comic-style language to create a more elaborate story and boldly try experimental comic-style drawing. Her work is based on the twists and turns of her career path and her eventual course to becoming an artist.

The title of Zhuang's creation "Conquer (超嶽)" contains dual messages — conquering mountains and surpassing oneself. "Conquer" tells the story of five young mountaineers meeting together to hike the 100 mountain peaks on a list known as Taiwan Baiyue (台灣百岳). The movie-style comic is based on Zhuang's own hiking experiences and aims to help readers experience outdoors joys such as mountain climbing.

Yashin & Howard Yang's piece "Deeper Blue" is an emotionally charged piece based in the far future where only scavenger robots are left. Using augmented reality (AR) technology, "Deeper Blue" bridges comics with animation. When the AR device scans a specific code on a page of the comic, a ten-second animation clip corresponding to the storyline will be played to create an immersive effect.

The creative output include interdisciplinary works combining comics with board games, films, escape rooms, and virtual reality (VR) technology, all displaying the ability of Taiwanese comic artists to successfully take on various subjects and genres. The Ministry shall continue pooling together resources to encourage the creation of Taiwanese comics and graphic art and boost their investment and financing appeal.