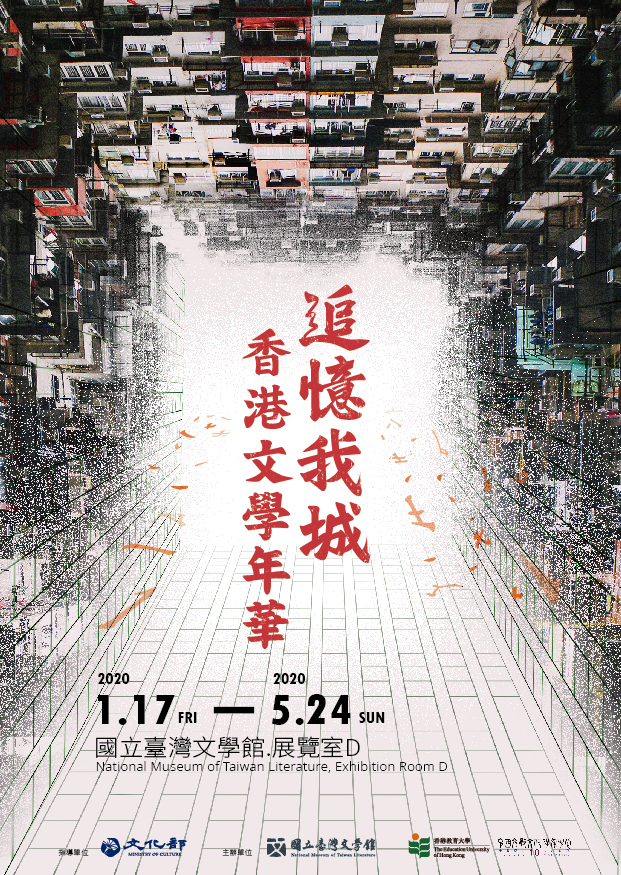 A special exhibition showcasing the collections, manuscripts, and historic newspaper clippings of Hong Kong's prominent literary figures such as late wuxia novelist Louis Cha (查良鏞), who is better known by his pen name Jin Yong (金庸), and late poet Leung Ping-kwan (梁秉鈞), who writes with the nom de plume Yesi (也斯), will take place at the Tainan-based National Museum of Taiwan Literature from Jan. 17 through May 24.

Titled "Memories of Our City: Hong Kong Literature from Yesterday into Tomorrow," the exhibition shall display a digital Lennon Wall featuring dozens of encouraging messages from wordsmiths in Taiwan and Hong Kong as a gesture of support for the ongoing democracy movement in the harbor city. Visitors will be able to post their own messages, too.

Themed around the ubiquitous Hong Kong café ("cha chaan teng"), a cornerstone of the city's culinary culture, the exhibition entrance shall greet visitors with a "literary menu" that introduces the featured creations of both Taiwan and Hong Kong writers. A number of literature-based films have also been selected for screenings, highlighting artists such as veteran Hong Kong actor Tony Leung Ka Fai (梁家輝) and rock band Beyond, whose "Glorious Years (光輝歲月)" is often used as a theme song for the city's cultural movements.

Su Shuo-pin (蘇碩斌), director of the National Museum of Taiwan Literature, explained that the energy of Hong Kong's grassroots culture did not die out after the city became a British colony in the 1840s, nor did it dissipate following the arrival of Chinese literati in the post-war period after 1945. It instead absorbed the cultural context of Cantonese, English, and Mandarin Chinese, giving birth to works unique to Hong Kong, Su noted.

Visitors can catch a glimpse of Hong Kong's post-war period depicted in "From the Ashes (燼餘錄)" by Eileen Chang (張愛玲), one of the most celebrated authors in the Mandarin-reading world, while the "Literary Current Monthly Magazine (文藝新潮)" collection by writer Ma Lang (馬朗) illustrates Hong Kong's modernist literature that departs from traditional ways of writing.

Further highlights include the first edition of Jin Yong's martial arts novel "The Return of the Condor Heroes (神鵰俠侶)," and the newspaper serialization of "My City: A Hong Kong Story (我城)" by Xixi (西西), a tale that deals with the Shanghai-born author's identity.

Altogether, the exhibition seeks to explore how historic context shapes literary works by offering a retrospective look on significant events in the city's history, including the Opium War in 1840, which resulted in the concession of Hong Kong to the United Kingdom, Hong Kong's 1997 return to Chinese rule, and the ongoing protests that started in June 2019 over a controversial extradition bill.