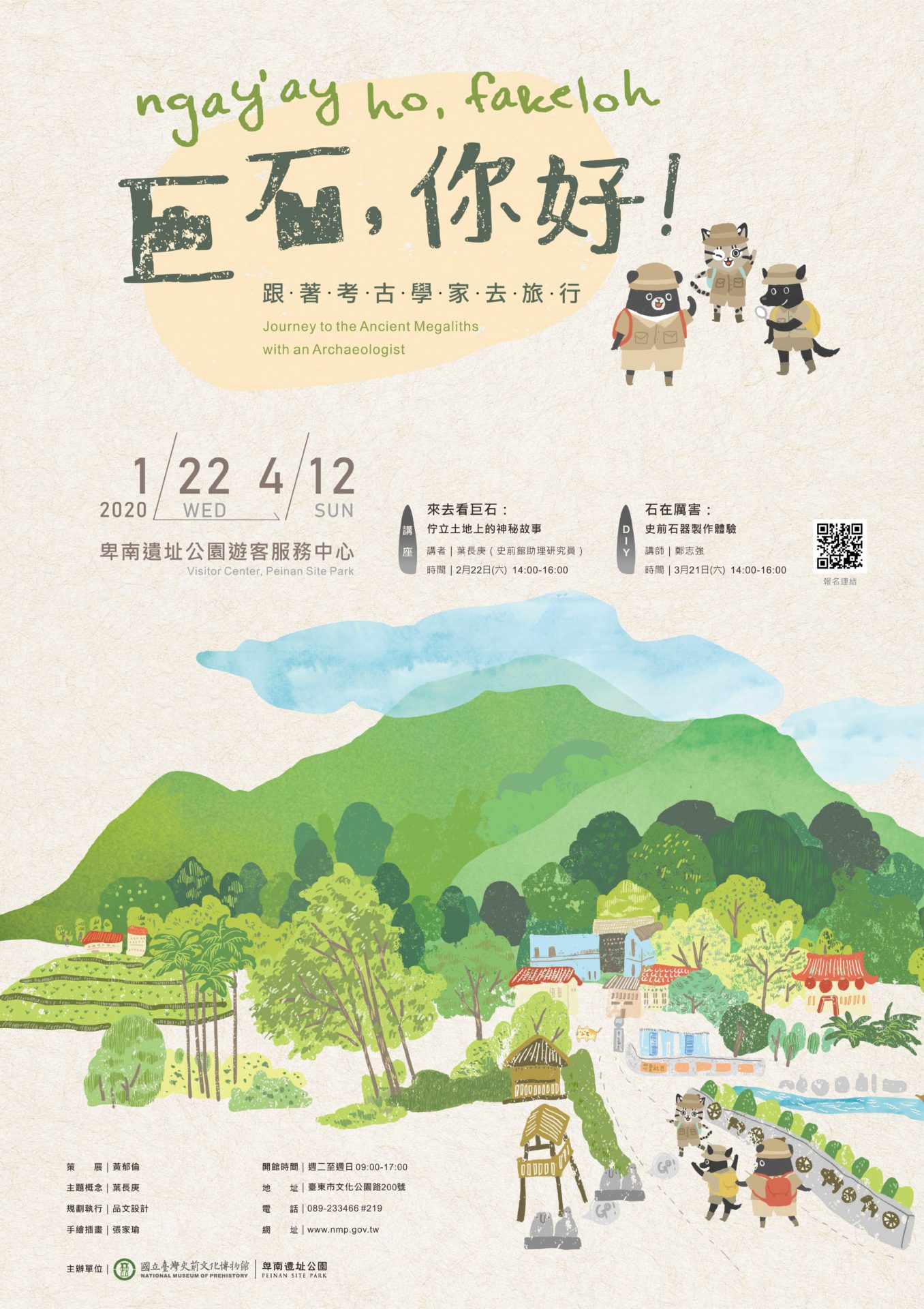 The National Museum of Prehistory has launched "Ngay'ay Ho, Fakeloh! Journey to the Ancient Megaliths with an Archaeologist" — a tour of six towns and 10 megalithic archaeological sites on the east coast — at the Peinan Site Park's Visitor Center. Free to the public, the Taitung exhibition will run from Jan. 22 through April 12.

The Taiwanese counties of Taitung and Hualien are currently home to over 40 known megalithic archeological sites. Megaliths are large-scale stone structures created for particular purposes by prehistoric peoples. They come in a variety of forms, with the Peinan Site Park's "moon-shaped stone pillar (月形石柱)," which is used in Taitung County's emblem, particularly iconic in the region. While such megaliths are widely distributed, they remain fairly unknown among the public and have received little attention.

National Museum of Prehistory assistant researcher Yeh Chang-keng (葉長庚) has been involved with megalith research and promotion efforts for many years, producing research papers, publications, and a variety of creative promotional products, as well as building the geographic information system (GIS) and 3D databases that have become the main basis of this exhibition.

Curator and assistant researcher Huang Yu-lun (黃郁倫) notes that the sites chosen form a route that is easy for visitors to drive along and explore for themselves, while also neighboring several indigenous villages. It is thus a showcase of eastern Taiwan's ethnic diversity, and accordingly, it also provides introductions to the human history of the region's Paiwan, Amis, Makatao, Kavalan, and Han Chinese residents.

This is the first time that the Peinan Site Park's multi-functional classroom housed within the Visitor Center has been used as a special exhibition space. In the future, this space will continue to be used to promote exhibitions that highlight the historical culture and lifestyle of the area in ways that are accessible to all. The Peinan Site Park has also planned a series of special winter vacation events encompassing handicrafts, cuisine, and a newly completed archeological excavation experience at the exhibition hall.

The hope is that the "Ngay’ay Ho, Fakeloh!" exhibition — which is named after the Amis phrase for "Hello, rocks!" — will help consolidate archeological sites, recreational activities, and human history for visitors planning a prehistory-themed journey along Taiwan's eastern coastline.