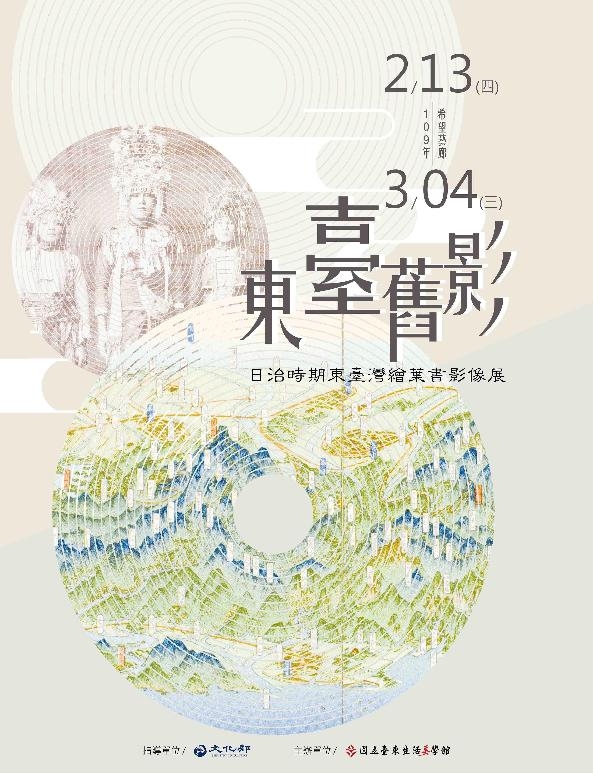 Art, in all its forms, can transport the viewer to other time periods and places. The National Taitung Living Arts Center seeks to harness that power through a unique exhibition packed with over 300 photographs of original postcards featuring eastern Taiwan during the Japanese colonial era. From Feb. 13 to March 4, visitors will be able to immerse themselves in a nostalgia-inducing collection on loan from veteran cultural worker Yeh Po-chiang (葉柏強).

The rare vintage items, which are known as ehagaki (繪葉書) in Japanese, serve as an archival record of historical images. These pictorial postcards featured themes spanning from local scenery, indigenous groups and their traditional costumes, major sporting events, and old vehicles to buildings that were severely damaged or destroyed during World War II. For example, the original visage of the old Hualien Train Station that did not escape the American bombing of 1944 was preserved this way.

Some images even offer a glimpse of what life under war was like in Taiwan, while some recount urban development stories or cast light on how natural landscapes have changed over time. The collection of postcards from over eight decades ago reads like Yeh's love letters to eastern Taiwan.

While ehagaki is rarely used today, a large volume of such postcards had been published by both private publishers and government agencies throughout the first half of the 20th century. With the expansion of newly cultivated lands and the arrival of immigrants to eastern Taiwan during the Taisho era (1912-1926), Taitung and Hualien saw an explosion of new photography studios that not only took photographs but also published ehagaki.

At that time, these pictorial postcards — mostly featuring Qingshui Cliff and Taroko Gorge from Hualien, the port of Fugang in Taitung, and Orchid Island off the southeastern coast of Taiwan — were ideal greeting cards for delivering seasonal greetings or good news, and were even used as promotional materials to market tourist attractions or national parks.