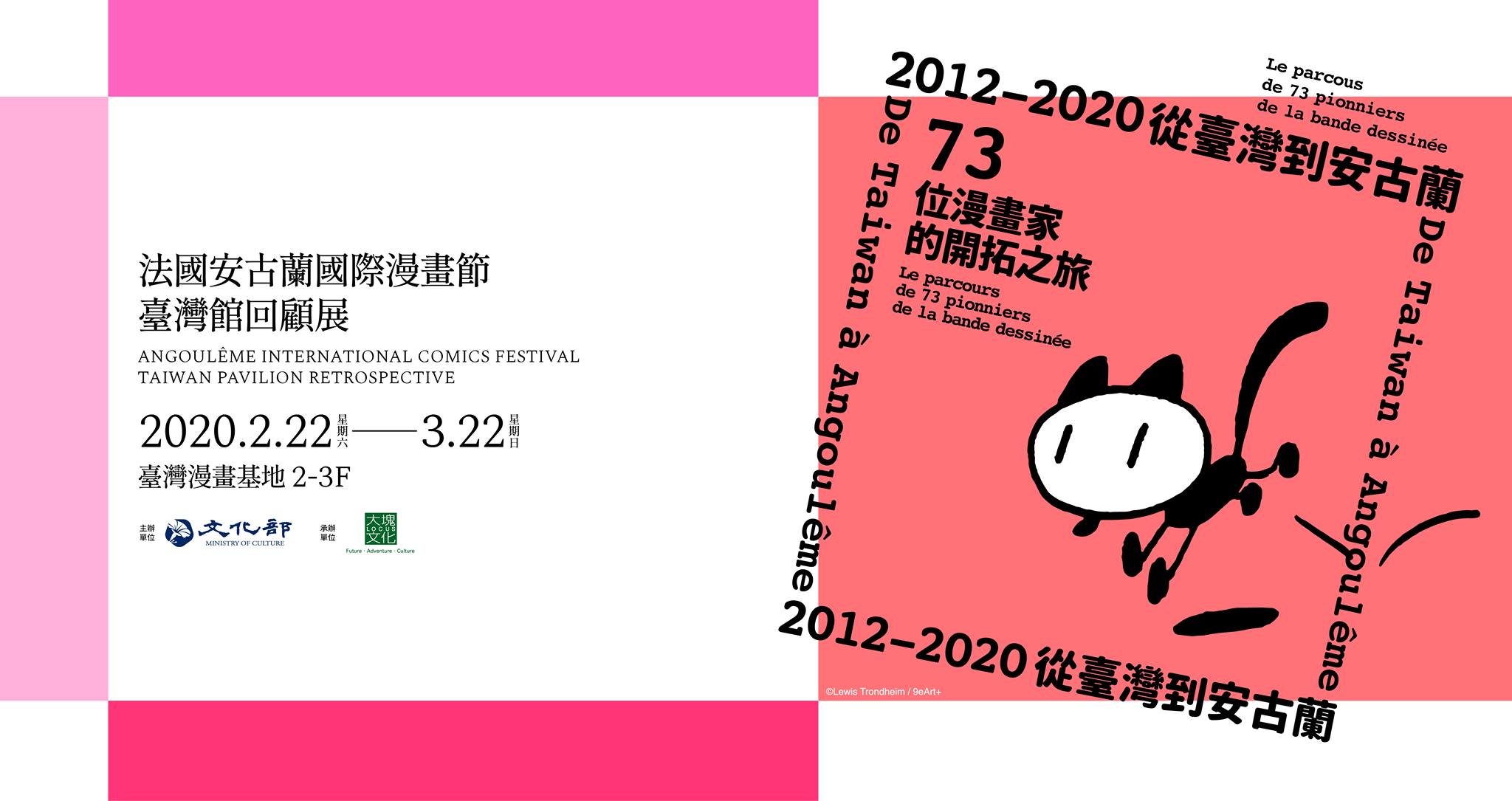 To recreate the nine past Taiwan pavilions at the famed Angoulême International Comics Festival in France, the Taipei-based Taiwan Comic Base will hold a special exhibition from Feb. 22 through March 22 for local fans and readers.

From 2012 to 2020, the Ministry of Culture selected outstanding artists to attend the Angoulême festival on an annual basis to promote Taiwanese comic arts. During these nine years, 73 comic artists have traveled to or had their works showcased at Angoulême, including 20 pieces that were shortlisted or awarded by the festival's official competitions.

Taiwanese artists have continuously delivered innovative new comics, selling over 30 works through international copyright agreements initiated at Angoulême. Establishing a Taiwan pavilion at the festival has also given Taiwanese delegates the opportunity to interact face-to-face with comic artists, bookstore operators, publishing houses, and readers from Europe and around the world.

Previously, local fans could only see the Taiwanese designs and events at the winter festival through internet images and videos. This year, immediately after exhibiting at Angoulême, a retrospective exhibition will be held at the Taipei-based Taiwan Comic Base to display all the past works and achievements to the public.

Director Chen Ying-fang (陳瑩芳) of the Ministry of Culture's Department of Humanities and Publications remarked that culture is the foundation of a nation and with coronavirus epidemic prevention measures in place, the exploration of creativity should not be interrupted. Comics fulfill many aspects of art and culture, including graphic-designing, story-telling, and brand-making, she added.

Taiwan Pavilion curator Rex How (郝明義) remarked that since Taiwan began participating at the festival in 2012, there has been three major achievements. The first is promoting Taiwanese comics on a global level and attracting different genres of Taiwanese artists to participate. The second is the establishment of new international relations, such as the ongoing collaboration with the Louvre in exhibitions and publications, he said.

Lastly, the third achievement is that of the networks developed amongst the Taiwanese artists themselves. For example, Liu Chien-fan (劉倩帆) and Elainee Fang Ruei-yi (房瑞儀) created Bo_ing Comix (波音漫畫誌) together after meeting at a previous edition of Angoulême and their joint submission was shortlisted for the Alternative Comics prize this year.

This retrospective exhibition will begin with an introduction to the Angoulême International Comics Festival, followed by the highlights of all the artists, comics, visual designs, and events featured by the Taiwan Pavilion.

The outstanding works of Taiwanese artists who completed French residency programs, as well as those by Young Talents award winners and #DrawMeComics contest contestants from the prestigious festival, will also be on display. Moreover, the original manuscripts used in the book-signing event at Taiwan’s very first festival attendance in 2012, including the rare works of late masters Chen Uen (鄭問) and Chen Hung-yao (陳弘耀), will be on view.

During the exhibition, the Taiwan Comic Base will hold three panel discussions featuring artists who have previously represented Taiwan at Angoulême, including 61Chi, Li Lung-chieh (李隆杰), and Sean Chuang (小莊). French scholar Benoit Peeters will also host a comics scriptwriting workshop in Taipei on March 21.