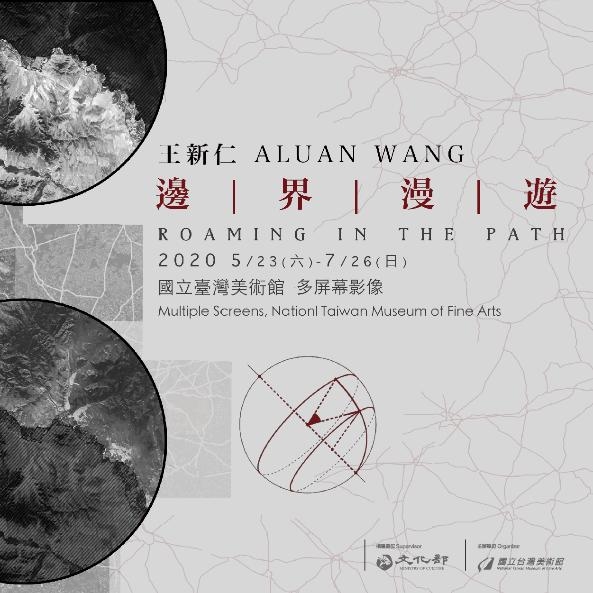 With the support of the National Taiwan Museum of Fine Arts' 2020 Digital Art Creation Competition Program, an interdisciplinary installation called "Roaming in the Path" by Aluan Wang (王新仁) will be screened at the museum's multiple screens area from May 23 through July 26.

Borders are geographic dividing lines, and they are also political boundaries created to separate areas governed by different groups and national boundaries between countries. Except for geographical factors, most borders are the results of political and historical causes. During the Cold War, the Berlin Wall stood between the two different political entities, East Germany and West Germany. The 38th parallel, or 38 degrees north latitude, marks the border between North and South Korea. Beyond physical divisions, borders also indicate psychological, spiritual differences.

Borders are artificial dividing lines that could tangibly exist, such as walls or canals, and sometimes they could be noted as specific geographical features. Different regions could even be defined by certain customs or folklore. Humans are not the only living beings that practice the concept of boundaries; other creatures have also naturally discovered ways to mark their territories in order to survive in nature (for example, territorial marking involving urination is a behavior practiced by some mammals). This shows that the emergence of borders is very much an unchallengeable survival tactic, an essential criterion for life.

In the artwork, Roaming in the Path, the artist focuses on borders that have resulted from various causes, presenting an outline that has resulted from different ideologies. Visually, the artist uses an algorithm to engage in point-to-point migrations on a satellite map, traveling through mountains, oceans, and leaping between continents and islands. The path presented in this artwork provides a different way to see what is considered a "nucleus" (a nation’s political center), showing different associations that are reflected for a particular location due to politics. The artwork, therefore, explores more than just which direction one chooses to see these distant places, but examines more deeply into how the direction of one's gaze may be dictated by the location that he or she dwells in.