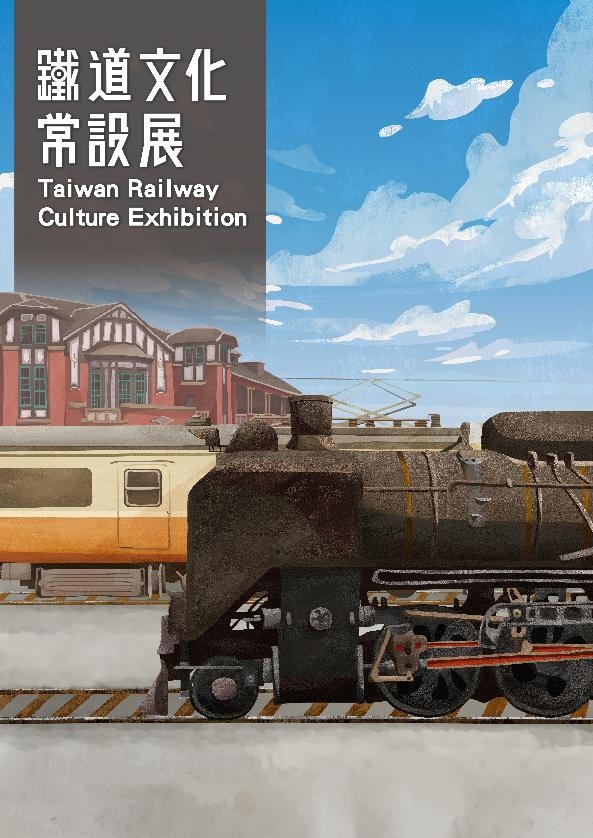 The invention of trains and locomotives have changed the world and their engineering history is one of human ingenuity and technological progress as well. Taiwan's railroad history dates back to the late 1800s, during the late Qing era under imperially appointed Governor-General Liu Ming-chuan (劉銘傳).

Taiwan's railroad networks are more than just tools of transportation, they promote a deep affinity for blossoming local cultures and communities, and have left behind many historical relics that serve to preserve past recollections and unique facets of regional history. This iron-clad legacy stems from over 130 years of faithful service, contributing to Taiwan's prosperity while creating cherished memories.

The exhibition branches out into four major areas including "Our Railways (咱的鐵支路)," "Trains History (火車日常)," "Railway Signals Explained (解碼鐵路信息)," and "Modern Temporal and Spatial Order (現代性時空秩序)." There are also many graphics and introductory materials on past historical events, restored locomotives, as well as various railway-themed creations, for viewers to appreciate the evolution of Taiwan's transportation empire.

The "Our Railways" section presents the historical progression of Taiwan's railways. Within its long operating history, there have been three major transformations — from the launch of the Western Trunk line (縱貫線) connecting the north and south, to the Limited Express (Fei Kuai line, 飛快車) services between Taipei and Kaohsiung and the High Speed Rail — each revolutionized travel times between the different corners of Taiwan. The rail system was now connected island-wide with shorter commutes, encouraging urban and rural areas to flourish and becoming an indispensable part of everyday life and a collective memory for all generations.

Many people's first impression of Taiwanese trains is seeing the colorfully decorated trains, of variant operational modes and speed, run along tracks crisscrossing Taiwan's urban, rural, and mountainous landscapes. The "Trains History" section will be highlighting both the old and new train tickets, in-train services, and the waiting platforms of yore and today.

For a train to arrive on time, there is a complicated mechanism involving rigorous operations. The "Railway Signals Explained" section is presenting the security devices along the railway lines, such as signal transmission signage and signaling blockers designed to inform of the safest driving route, altogether comprising a special experience for visitors to learn about the lesser-known aspects of rail management.

A railway connects different places with different people, objects and messages, bringing with it a standardized concept of time that is essential for business and manufacturing, leading to rapid modernization. The "Modern Temporal and Spatial Order" section is dedicated to displaying various rail-themed works contained in Taiwan's trove of literature, music, and movies.

Please note from April 28 till June 25, the exhibition is by appointment only; registration details available here. The permanent exhibition will open to the general public starting July 7 as part of the Railway Department Park's grand opening.